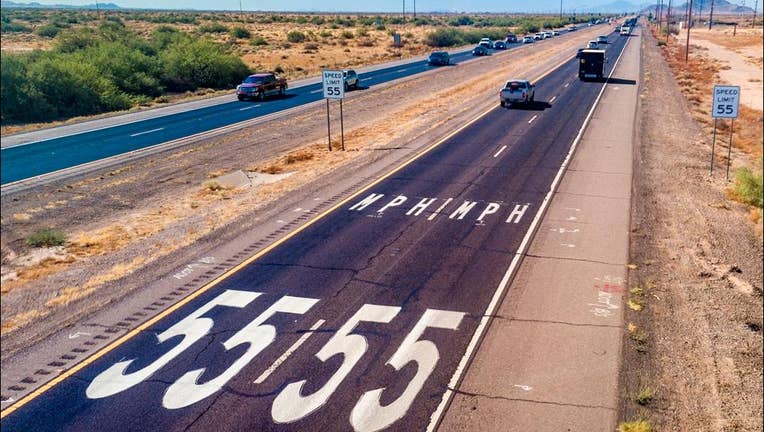 PHOENIX - Speed limits for a heavily used highway on the outskirts of metro Phoenix are now posted on the highway itself.

The Arizona Department of Transportation says it hopes to improve safety on State Route 347 between Interstate 10 and Riggs Road by displaying the speed limit on large white pavement decals.

The highway connects Chandler and I-10 on the north with Maricopa and Interstate 8 on the south.

A review of crash reports found that officers cited "speed too fast for conditions" as a driver violation in over half the crashes along that part of SR 347.

Speed limit pavement decals also are being tested on SR 160 in northeastern Arizona.