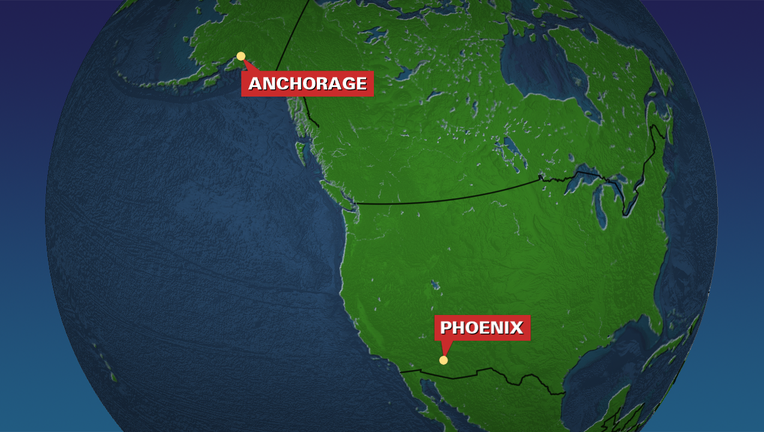 PHOENIX - An Arizona man has been indicted in Alaska on a federal charge of abusive sexual contact involving a 16-year-old girl who was seated next to him on a flight from Phoenix to Anchorage, federal officials said.

Kepueli Talaiasi, 58, of Mesa allegedly touched the girl, a stranger, as she sat in a middle seat between him and his adult son, who slept during most of the flight Monday, according to an indictment issued April 29 and a memo filed by the U.S. Attorney's Office for Alaska.

The office asked the federal court to order the continued detention of Talaiasi, saying he posed a threat to potential seatmates if he boarded an aircraft to return to Arizona pending trial.

The girl managed to pass a message to her father who was in an another row of seats on the plane and he contacted the flight crew, which separated the girl from Talaiasi, the office said.

Talaiasi was arrested after the plane arrived in Anchorage, the office said.

According to the memo, Talaiasi during in an interview with the FBI "acknowledged having bad thoughts upon seeing the minor next to him, and described the devil tempting him" and said he "had given in to the temptation...."

"If convicted, Talaiasi faces a maximum sentence of up to two years in prison, followed by five years to lifetime supervised release. Under the Federal Sentencing Guidelines, the actual sentence imposed will be based upon the seriousness of the offense and the prior criminal history, if any, of the defendant," stated the U.S. Attorney's Office for Alaska.

Who killed Chardae Todd? Reward for tips in Phoenix murder case now up to $20k

Nearly six months later, a mother is still waiting for an arrest in her daughter's murder case. Chardae Todd was 22-years-old and four months pregnant when she was killed in Phoenix, and for the first time, her mother is speaking exclusively with FOX 10. Justin Lum reports.

J'ssan Carlos Strover allegedly escaped from the custody of Arizona authorities while he was at Hartsfield-Jackson Atlanta International Airport. The sister of a man allegedly killed by Strover in Arizona says the family is 'mad and disappointed' over what happened.

PD: Man accused of killing his mother inside Phoenix home; saws found in residence with blood on them

Officers looked through a window and saw 44-year-old Nora Ruiz lying on the ground with blood around her. She was pronounced dead at the scene.