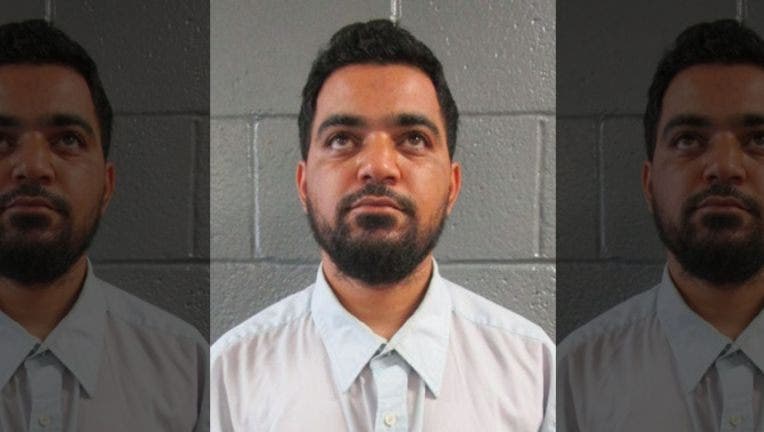 PHOENIX - An Arizona man who acknowledged showing an undercover federal agent how to make explosive devices in a 2017 sting operation in Las Vegas was sentenced to three years and five months in prison on convictions for heroin possession and distributing information related to explosives.

The sentence given to Ahmad Suhad Ahmad on Jan. 5 in Tucson was 16 months shorter than the punishment sought by prosecutors. Ahmad’s lawyer argued for leniency, saying the Iraqi native was motivated by getting money to pay for his drug addiction and used his Middle Eastern background to trick people into thinking he could build bombs, when none of the devices he made actually worked.

When pleading guilty to charges in August, Ahmad acknowledged that he agreed to show a confidential law-enforcement source how to make an explosive device in 2017 and sent bomb-making instructions to the source, who had bought heroin from Ahmad and claimed he wanted to use the device against a high-ranking figure in a Mexican drug trafficking organization, according to court records.

Ahmed also admitted that he, the confidential source and an undercover FBI agent traveled from Tucson in April 2017 to a condominium in Las Vegas, where Ahmad made two bombs and explained to the agent how to the explosive devices worked.

U.S. District Judge Raner Collins said he was sure a lot of the things Ahmad said during the investigation weren’t true, though some of them were accurate. The judge ordered Ahmad to undergo substance abuse treatment and warned of the consequences of returning to a life of drugs.

"If you get out and start using drugs again, they are going to bring you back to me, and I will send you to prison," Collins said.

Ahmad’s lawyer has described his client in court records as a "wannabe gangster" who was addicted to methamphetamines, lied about his status as a drug dealer and "used his Middle Eastern background to trick people into thinking he could build bombs."

Authorities say Ahmad, who came to the United States as refugee and became a U.S. citizen in 2013, told the confidential source that he had learned how to detonate explosives using cellphones during the war in Iraq.

Ahmad’s attorney, Walter Goncalves, told the judge that his client made serious mistakes in portraying himself as someone he wasn’t.

Goncalves argued Ahmad wouldn’t have continued to lie to the confidential source and undercover agents if he wasn’t using drugs and alcohol and needed money from bomb-making to pay for his drug habit. Goncalves said none of the explosive devices built by Ahmad actually worked and said his client found the bomb-making instructions by doing a Google search.

Prosecutor Erica Seger said Ahmad passed off devices as bombs, told the confidential source how to build a bomb and portrayed himself as someone engaged in violent conduct. "He was essentially arming a cartel with the ability to create explosive devices," Seger said.

Ahmad, who has been in jail since his 2018 arrest, was given credit for already having served 27 months, leaving him with another 14 months in federal prison.

Ahmad was released from state prison in 2018 after serving sentences for drug convictions.