A hearing was held in downtown Phoenix on Dec. 28 for Samuel Bateman, a 46-year-old self-proclaimed prophet who's accused of having at least 20 wives -- most of them being child brides. Arizona Department of Public Safety troopers arrested Bateman in August after they say several underaged girls were found inside a trailer during a traffic stop near Flagstaff.

FLAGSTAFF, Ariz. - The leader of a small polygamous group on the Arizona-Utah border had taken at least 20 wives, most of them minors, and punished followers who did not treat him as a prophet, newly filed federal court documents show.

The filing provides insight into what investigators have found in a case that first became public in August. It came as federal authorities charged three of the self-declared prophet's wives with kidnapping and impeding a foreseeable prosecution after eight girls associated with the group fled from state foster care.

Naomi Bistline and Donnae Barlow appeared in federal magistrate court in Flagstaff on Wednesday. They remain jailed and have court hearings scheduled next week. Moretta Rose Johnson is awaiting extradition from Washington state.

The FBI affidavit filed in the women’s case centers on Samuel Bateman, who proclaimed himself a prophet in 2019. Authorities wrote that Bateman orchestrated sexual acts involving minors and gave wives as gifts to his male followers, claiming to do so on orders from the "Heavenly Father." The men supported Bateman financially and gave him their own wives and young daughters as wives.

Bateman, 46, has pleaded not guilty to state child abuse charges and federal charges of tampering with evidence. A trial on the federal charges is scheduled for January. He remains imprisoned in Arizona.

Bateman was a former member of the Fundamentalist Church of Jesus Christ of Latter-Day Saints, until he left in recent years and started his own small offshoot group, said Sam Brower, who has spent years investigating the group. Bateman was once among the trusted followers of imprisoned leader Warren Jeffs, but Jeffs denounced Bateman in a written revelation sent to his followers from prison, Brower said. 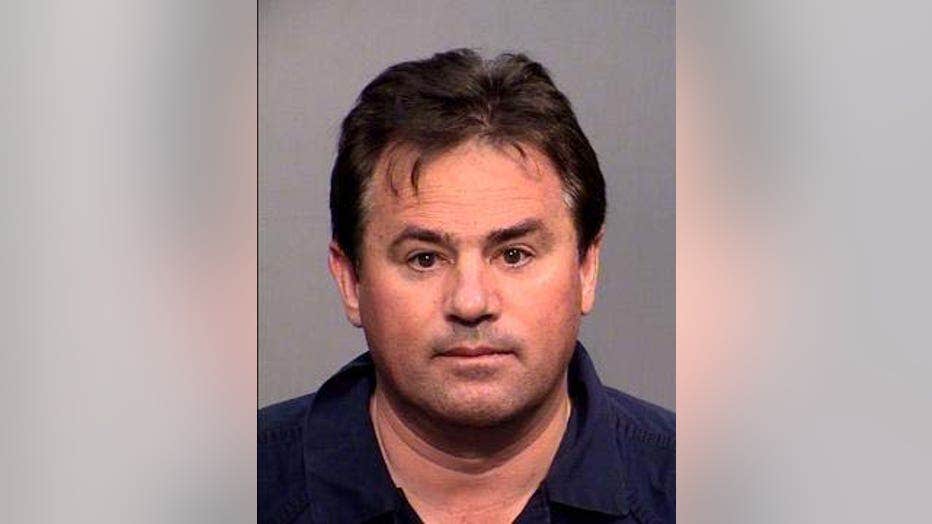 Jeffs is serving a life sentence in Texas for child sex abuse related to underage marriages.

MORE: One of Warren Jeffs' ex-wives opens up on life with the sect leader

The FLDS is itself a breakaway sect of the Church of Jesus Christ of Latter-Day Saints, widely known as the Mormon Church. Polygamy is a legacy of the early teachings of the mainstream church, but it abandoned the practice in 1890 and now strictly prohibits it.

Barlow's sister, Alice Barlow, said the community is supportive, children are happy and wives consider each other sisters. She said Bateman is a "sweet, gentle spirit," who teaches that forgiveness and repentance are within reach.

"What they're trying to do is annihilate a religion," she told The Associated Press following Wednesday's hearing. "Samuel is a prophet and a savior in this world. He hasn't done wrong. They've got to realize that God will defend his prophet."

According to the FBI affidavit, Bateman demanded that his followers confess publicly for any indiscretions, and shared those confessions widely. He claimed the punishments, which ranged from a time out to public shaming and sexual activity, came from the Lord, the affidavit states. Bateman lived in Colorado City, a community that straddles the border between Arizona and Utah, among a patchwork of devout members of the polygamous FLDS, ex-FLDS members and those who don’t practice the beliefs. Bateman and his followers believe polygamy brings exaltation in heaven.

He once tried to take his only daughter as a wife, but she told her mother about her father’s plan and the mother and daughter moved out and got a restraining order against Bateman. The mother was Bateman’s only wife in 2019, before Bateman started taking more wives.

Bateman was first arrested in August when someone spotted small fingers in the gap of a trailer he was hauling through Flagstaff. Police found three girls, between 11 and 14, in a makeshift room in the unventilated trailer.

The girls told authorities they didn't have any health or medical needs, according to an Arizona Department of Public Safety report.

Bateman posted bond but was arrested again in September and charged with obstructing justice in a federal investigation into whether children were being transported across state lines for sexual activity. Authorities said that following his first arrest he instructed his followers to obtain passports and to delete messages sent through an encrypted messaging app.

Alice Barlow said the family already was planning to get passports for a family trip to Mexico, not to evade authorities.

At the time of the September arrest, authorities removed nine children from Bateman's home in Colorado City and placed them in foster care.

None of the girls, identified by their initials in court documents, disclosed sexual abuse by Bateman during forensic interviews, though one said she was present during sexual activity, according to the FBI affidavit. But several of the girls wrote in journals that were seized by the FBI about intimate interactions with Bateman. Authorities believe the older girls influenced the younger ones not to talk about Bateman, the FBI said.

Eight of the children later escaped from foster care, and the FBI alleged Bistline, Barlow and Johnson — all relatives of the children as well as Bateman's current or former wives — played a part in getting them out of Arizona. The girls were found last week, hundreds of miles away in Spokane, Washington, in a vehicle that Johnson was driving, the FBI affidavit said.

In court Wednesday, Barlow's attorney said her client was only doing what she believed was right. The attorney, Roberta McVickers, added that Barlow would follow whatever orders the court issues.

Barlow has lived in Colorado City much of her life and has a 2-year-old with special needs, McVickers said in arguing for her to be released from custody. Barlow was educated at home through the 7th grade, and has no independent source of income and no criminal history, McVickers said.

"It’s an adjustment for her to learn whose rules to follow," McVickers said.

Prosecutor Wayne Venhuizen noted Bistline and Barlow were communicating with Bateman about the children.

"These women have proven that they will stop at nothing to interfere with a federal investigation and protect Bateman, who was sexually abusing children," he said.

Barlow, Bistline and Johnson face life in prison if convicted of the charges. Johnson does not yet have an attorney publicly listed in Arizona.

FBI spokesperson Kevin Smith declined Tuesday to discuss the trajectory of the case against the women and Bateman. Court records allege Bateman, 46, engaged in child sex trafficking and polygamy, but none of his current charges relate to those allegations. Bateman's attorney in the federal case, Adam Zickerman, did not respond to requests for comment.

Criminal defense attorney Michael Piccarreta, who represented Warren Jeffs on Arizona charges that were dismissed and is not involved in the current cases, said Arizona has a history of trying to take a stand against polygamy by charging relatively minor offenses to build bigger cases.

"Whether this is the same tactic that has been used in the past or whether there’s more to the story, only time will tell," he said.

Polygamy is a felony in Arizona but in Utah it is only a misdemeanor, after a change in 2020 ended jail time for polygamy between consenting adults. Lawmakers voted overwhelmingly for the proposal, which supporters said will allow the 30,000 or so people living in the state’s polygamous communities to come out of the shadows and report abuses such as underage marriage by other polygamists without fear of prosecution.

Arizona Department of Child Services spokesperson Darren DaRonco declined to comment on the status of the nine children in state custody.

Alice Barlow has two teenage daughters in state custody, one of whom ran away from the group home. She says she hasn't been allowed to see or communicate with them lately.

A leader of a small polygamous group on the Arizona-Utah line pleaded not guilty on Sept. 15 to federal charges of tampering with evidence, weeks after being stopped on a highway with young girls in an enclosed trailer. FOX 10's Irene Snyder reports.