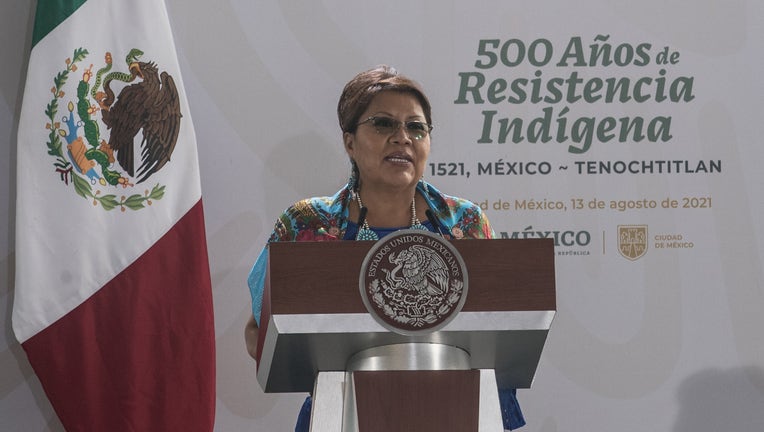 MEXICO CITY, MEXICO - AUGUST 13, 2021: Democratic Senator from Arizona, Jamescita Peshlakai, speaks during the ceremony of 500th Anniversary of the Fall of Tenochtitlan at Zocalo of Mexico City on August 13, 2021 in Mexico City, Mexico. (Photo credit

PHOENIX - The first Native American woman elected to Arizona’s Senate has resigned to take a position with the U.S. Department of the Interior.

"I will begin work at the federal level in the new year and will be more impactful for all of the western United States," Democratic state Sen. Jamescita Mae Peshlakai said in her resignation letter on Dec. 22.

Peshlakai resigned while midway through her third two-year term in Senate. She previously served in the state House. Her district includes much of northern and eastern Arizona, including the Navajo Nation.

She will now work under Secretary Deb Haaland’s department. Haaland made history this year as the first Native American to serve as a cabinet secretary.

Details about her new role were not immediately made public.