PHOENIX - Lawyers representing the Republican-controlled Arizona Senate in a review of 2020 election results in the state’s most populous county released a slew of communications between GOP lawmakers, their audit liaisons and others under a court order obtained by a watchdog group that is fighting for transparency in the election recount.

Among the communications were text messages from a top campaign official of former President Donald Trump to Senate liaison Randy Pullen asking where to send $175,000 to help pay for the partisan recount. Former Trump campaign chief operating officer and ex-Arizona state Treasurer Jeff DeWit also asked Pullen if another group raising funds for the audit was legitimate, saying "Trump asking."

The Senate records were not complete. Senate attorney Kory Langhofer told a judge on Sept. 1 that it withheld nearly 3,000 records because they contained legislative or attorney-client communications he says are privileged.

Other records sought by American Oversight remain the subject of a court battle. A judge had also ordered the Senate’s contractor, including the Florida company that is overseeing the audit, to produce its records.

The Arizona Court of Appeals quickly upheld that order, ruling that Cyber Ninjas and other contractors were performing a core government function and were subject to public records law. But last week, the Arizona Supreme Court put Judge Michael Kemp’s order on hold at least until Sept. 14 while it reviews the case.

American Oversight’s attorney, Roopali Desai, told the judge Wednesday that she would be pushing to have the court reject Langholfer’s legislative privilege argument, saying the judge had already rejected that in earlier rulings.

The more than 20,000 records released late Tuesday night included communications of Republican Senate President Karen Fann, Judiciary Committee Chair Sen. Warren Peterson, Pullen, the Senate’s other liaison to the contractors, Ken Bennett, as well as GOP activists and legislators, lobbyists and the press. They include text messages, emails and even a video of former President Ronald Reagan saying the people oversee the government.

DeWit declined to comment to The Associated Press Wednesday on his offer of cash to fund the review.

Maricopa County must provide everything the Senate is looking for regarding the election audit or lose all its state funding, the state attorney general said Thursday.

Other exchanges included one between Fann and Arizona Republican Party Chair Kelli Ward where the Senate president questioned why she was using the Senate audit to raise money for the party when it wasn’t involved in funding it.

The Senate agreed to pay $150,000 plus the cost of facility rental for the audit, but it ended up costing far more. Partisan fundraisers have contributed nearly $5.7 million to help pay to recount all 2.1 million Maricopa County ballots and examine voting machines, computers and other equipment used in the election.

The unprecedented partisan exercise was prompted by former President Donald Trump’s loss in the state and his contention without evidence that he lost in Arizona and other battleground states because of fraud.

Senate Republicans issued subpoenas to Maricopa County for all 2020 ballots, the machines that counted them and other data in the state’s most populated county. Election experts have been highly critical of the review, which Fann launched late last year as Trump and his allies hunted unsuccessfully for reasons to block the certification of Democrat Joe Biden’s victory in the presidential election.

The materials were given to contractors with little to no election experience for what Senate President Karen Fann calls a "forensic audit." Election experts say the 2020 election was secure and well-run, and the contractors are using bizarre and unreliable procedures. Maricopa County has refused further participation.

The results of the audit and hand recount were expected to be handed over to the Senate last week, but an outbreak of COVID-19 among the contractors delayed it

Langhofer told the judge Wednesday it could be weeks before a final report is ready for release. A date for public release has not been announced.

One notable exchange was between Fann and well-respected Arizona GOP political consultant Chuck Coughlin, who told her the partisan nature of the audit caused public polling to show that there would be little confidence in the results.

"Start over, call the current audit professionally compromised," Coughlin wrote. "Lay that on the contractors -- which is true -- and the governor, you and the (House) Speaker find a way to establish a professional path toward rebuilding trust in AZ’s election system."

"A conversation over a glass of wine," Fann responded. 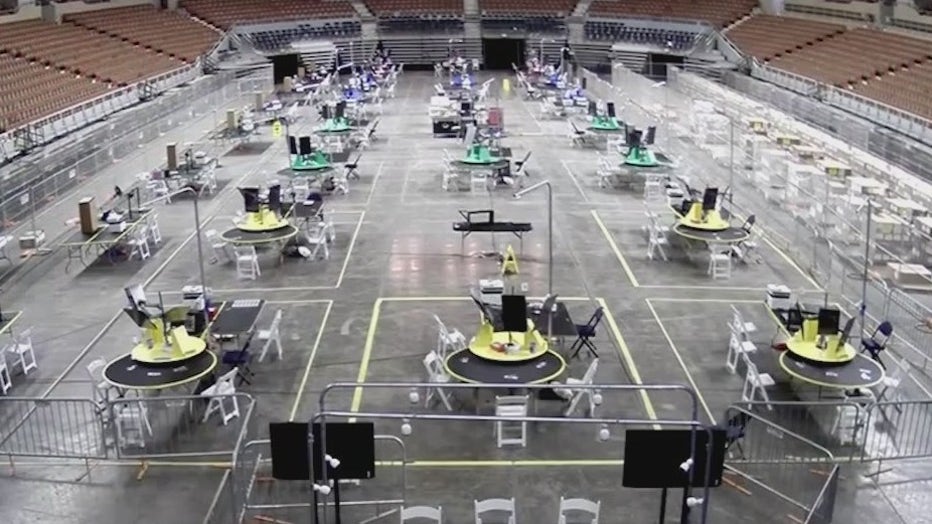