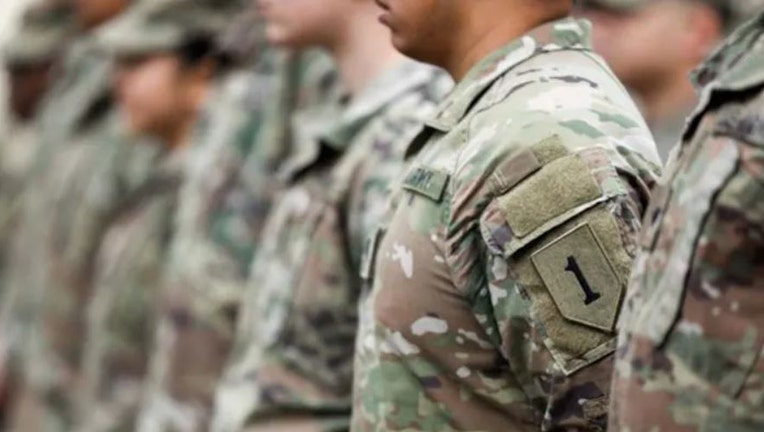 The U.S. Army is expanding a pre-basic training course that allows candidates to enlist who do not meet the weight and aptitude requirements in an effort to fight a recruiting crisis plaguing every branch of the military.

An initial pilot for the program at Fort Jackson, South Carolina, in August was open to recruits who had 6% more body fat than Army standards or had scored between 21 and 30 on the Armed Services Vocational Aptitude Battery test.

"The Future Soldier Prep Course is giving young Americans who want to serve the chance to do so by helping them not only meet our standards but, in many cases, rise above them," Gen. James McConville, the Army's top officer, said of the expanded program, according to a Military.com report Monday.

"We started seeing positive results early on in the program, and I am happy to see it expand to additional installations so we can continue to attract and invest in our nation's best talent."

Recruits have 90 days to boost their test scores or lose enough body fat to be considered compliant with Army standards and ship off to basic training, with 2,965 of the 3,206 students that have participated so far successfully completing the course. 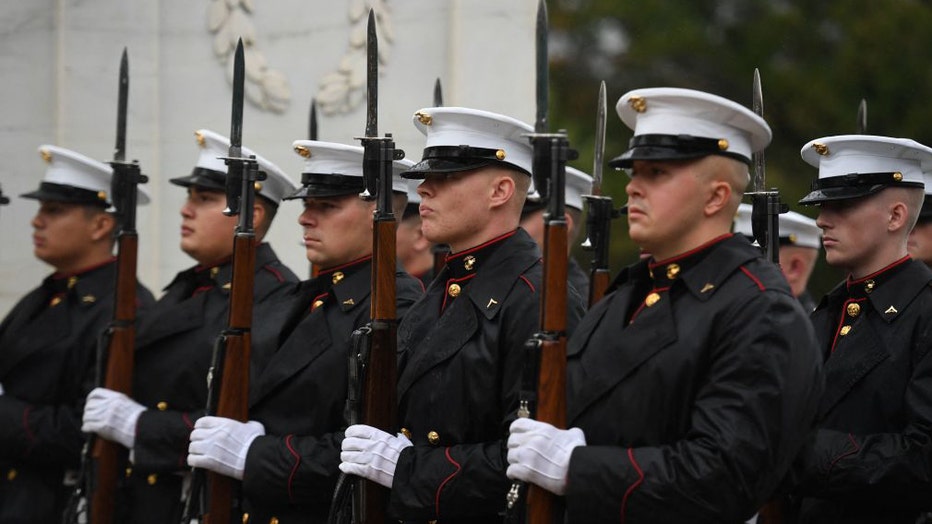 FILE-US Marine Corp soldiers take part in a wreath laying ceremony at the Tomb of the Unknown Soldier in Arlington, Virginia. (OLIVIER DOULIERY/AFP via Getty Images)

The program is designed to expand the pool of potential Americans who qualify for service in the Army, a move made necessary by a recruiting crisis that has left all branches scrambling to fill their ranks. Fiscal year 2022 was the worst year for military recruiting since the services switched to an all-volunteer force in 1973.

The Army's struggles were worst among the branches, falling 15,000 soldiers short of meeting its 2022 recruiting goals.

"In the Army's most challenging recruiting year since the start of the all-volunteer force, we will only achieve 75% of our fiscal year (2022) recruiting goal," Army Secretary Christine Wormuth said in a statement in October.

"The Army will maintain its readiness and meet all our national security requirements," he added. "If recruiting challenges persist, we will draw on the Guard and Reserve to augment active-duty forces and may need to trim our force structure."

The Marine Corps, Air Force and Navy also had recruiting struggles of their own, barely meeting the minimum requirement but forcing the branches to dip into their pools of Delayed Entry Program applicants and digging themselves a hole ahead of 2023.

"Using Air Force lexicon, I would say we're doing a dead stick landing as we come into the end of fiscal '22, and we're going to need to turn around on the first of October and do an afterburner takeoff," Maj. Gen. Edward Thomas, head of the Air Force Recruiting Service, said in October. "We're going to be starting 2023 in a tougher position than we started 2022." 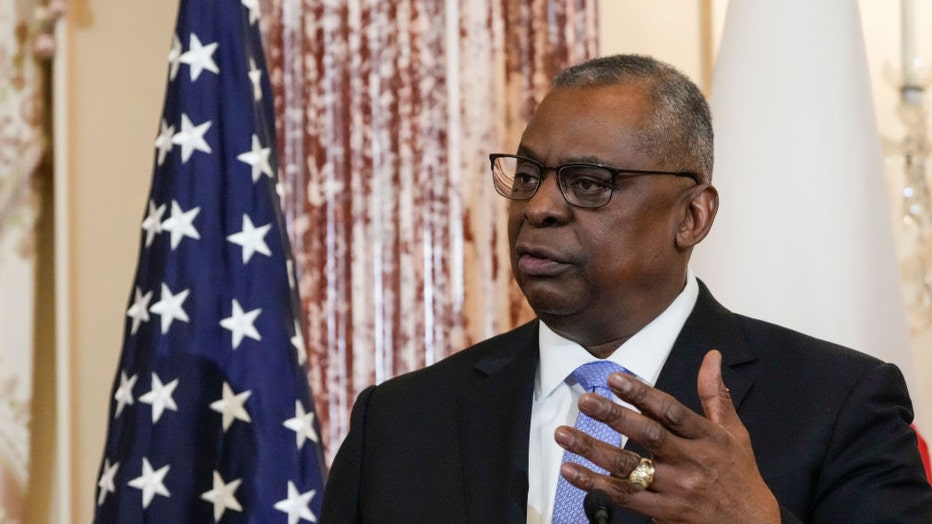 The military has pinned much of the blame of the crisis on a tight jobs market that has seen private employers raising wages, making it harder for the military to compete and contributing to a shrinking pool of qualified applicants.

However, some critics have also placed blame on the military seemingly turning towards a more "woke" culture, pointing to mandatory diversity and inclusion classes and a lack of focus on combat readiness.

"How can we ask young men and women who have decided to risk their lives for America, even die for America, to affirm that our country is inherently racist?" former Secretary of State Mike Pompeo wrote for Fox News last year.

"How can we ask them to view their brothers and sisters in arms through the narrow prisms of race or gender? The clear and obvious answer is that we cannot – not without putting their lives at risk on the battlefield," Pompeo said. "A woke military is a weak military. Unfortunately, woke and weak are exactly what our military is becoming under Biden’s leadership."

Others have pointed to the military's recently abandoned COVID-19 vaccine requirement, noting that total end strength has been reduced and that the requirement was seen as a non-starter for many potential recruits. 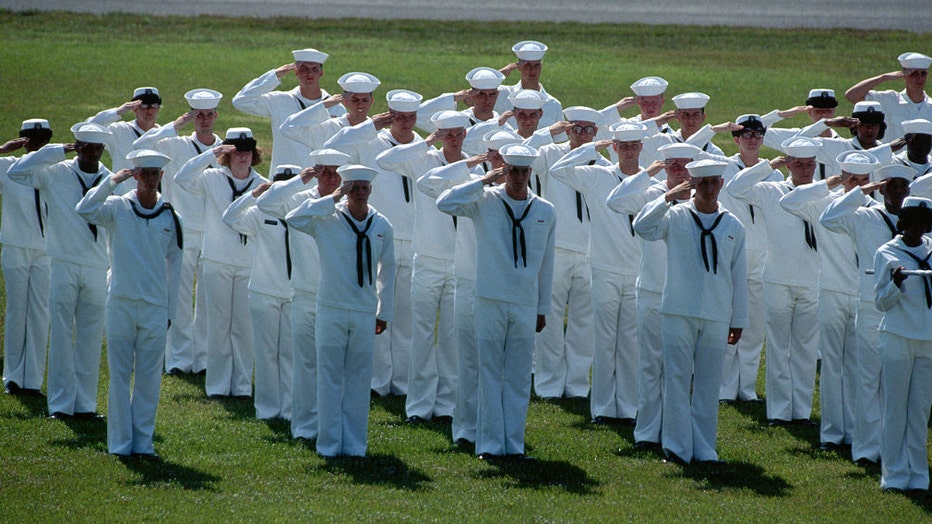 FILE-Sailors salute at their graduation ceremony at the US Naval Training Center in Orlando, Florida. (Getty Images)

"Where it is having an impact for sure is on recruiting, where in parts of the country there's still myths and misbeliefs about the backstory behind it," Marine Corps Commandant Gen. David Berger said of the mandate last year. "There was not accurate information out early on and it was very politicized and people make decisions and they still have those same beliefs. That's hard to work your way past really hard to work."

Whatever the reason, the services have been forced to get creative in an attempt to turn the tide. Like the Army, the Navy recently unveiled a program that would allow the branch to begin accepting more recruits who fall into the lowest aptitude percentile allowed on military entrance tests.

The new requirements will allow for the Navy to enlist an additional 7,500 recruits that fall into "Category IV," which is compromised of applicants who have a high school diploma and scored within the 10th and 30th percentile on the Armed Forces Qualification Test.

"As we continue to navigate a challenging recruiting environment, changing the AFQT requirement removes a potential barrier to enlistment, allowing us to widen the pool of potential recruits and creating opportunities for personnel who wish to serve," Cmdr. David Benham, a spokesperson for Commander, Navy Recruiting Command, told Military.com of the new guidelines in a recent interview.

For the Army, leaders are expressing optimism that the expanded program will both help alleviate the recruiting crisis while filling the service with quality troops.

"The model developed at Fort Jackson has been overwhelmingly successful at preparing and building quality recruits by tapping into their unrealized potential," Maj. Gen. Curtis Buzzard, Fort Benning commanding general, said in a statement, according to Military.com.

"We are excited to bring the Future Soldier Preparatory Course to Fort Benning and increase the opportunity to serve in our Army without sacrificing the quality needed across the force."