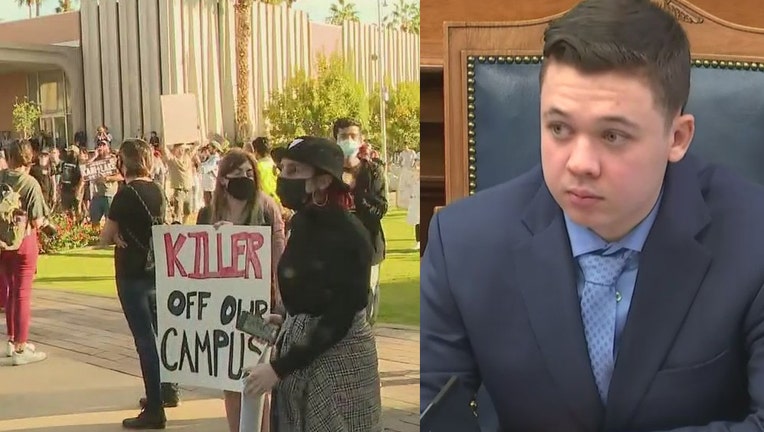 TEMPE, Ariz. (AP) — Arizona State University students angered that Kyle Rittenhouse had been a fellow classmate and could enroll again protested on Wednesday.

Four student organizations held a rally on the Tempe campus to urge the university to disavow the 18-year-old, who was acquitted of murder in November in deadly shootings during last year’s unrest in Kenosha, Wisconsin.

Rittenhouse testified that he acted in self-defense when he killed two men and wounded a third with a semi-automatic rifle during protests over the shooting of a Black man, Jacob Blake, by a white Kenosha police officer.

In his testimony, Rittenhouse also said he was taking online classes from ASU. University officials confirmed at the time he was an online student. That no longer is the case.

"Kyle Rittenhouse has not gone through the ASU admissions process. Our records show that he is not currently enrolled in any classes at ASU," according to a statement from the university.

There would be no rule to preclude him from reapplying. Rittenhouse said in recent interviews he is considering studying to be a lawyer or a nurse and will likely move out of the Midwest.

David Hancock, a spokesman for the Rittenhouse family, did not immediately respond to text messages seeking comment.

Kyle Rittenhouse 'not enrolled in any ASU classes,' according to campus officials

Arizona State University officials spoke out once again on Kyle Rittenhouse and his potential ties to the university, amid student demands that the 18-year-old, who was found not guilty of all charges following a deadly shooting at Kenosha, Wisconsin in 2020, be withdrawn from all classes at the public university.

Kyle Rittenhouse was acquitted of all charges Friday after pleading self-defense in the deadly Kenosha shootings that became a flashpoint in the nation’s debate over guns, vigilantism and racial injustice.

Student organizations want the university to prevent Rittenhouse from being able to enroll online or in-person. Their other demands include a statement against white supremacy and more support for multicultural spaces on campus.

Jay Thorne, an ASU spokesman, declined to comment on the rally.

Former Republican Rep. Matt Salmon, who is running for Arizona governor, slammed the rally as an "ongoing harassment campaign" of someone who was not convicted of a crime. In a statement, he also criticized university officials for not speaking out more.

"It is time for the far-left to respect our judicial system, and it is time for administrators at ASU to stand up for the rule of law and protect their students from these thugs." 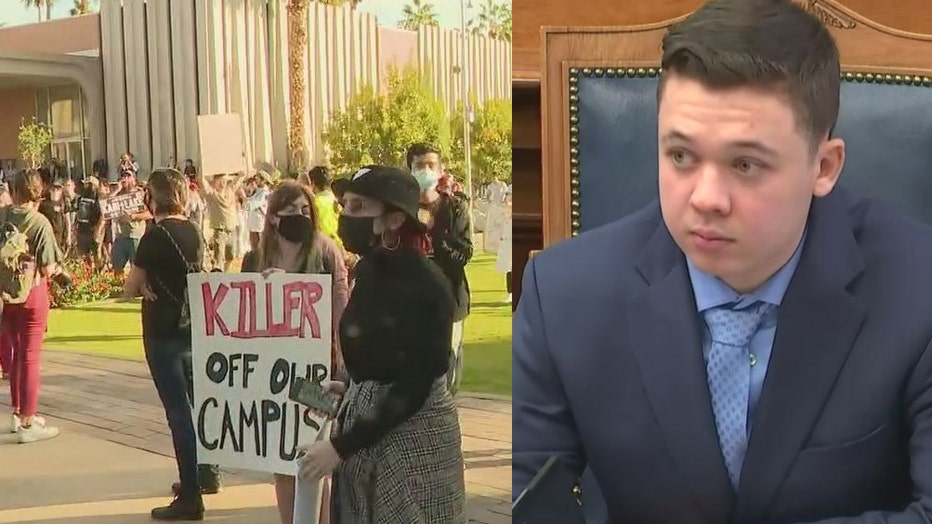