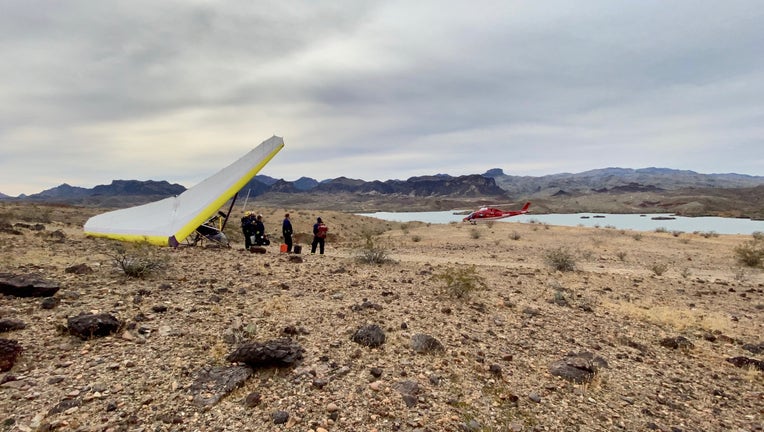 The Mohave County Sheriff's Office says multiple reports came in about an aircraft down near the Lake Sunday morning.

Deputies and members of the dive rescue and recovery team responded to find an ultralight style aircraft had crashed on land near Pilot Rock on the Arizona side of the lake.

Deputies located a male pilot and female passenger. The pilot suffered a minor ankle injury and the woman was not injured.

The pilot told authorities that the engine shut off during the flight and would not restart. He attempted to make an emergency landing and struck several rocks causing the aircraft to roll on its side.

The National Transportation Safety Board and the Federal Aviation Admission are investigating.