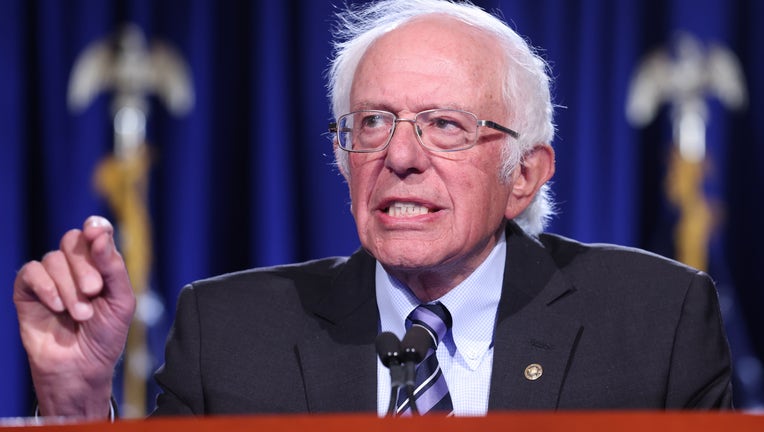 WASHINGTON, DC - SEPTEMBER 24: Sen. Bernie Sanders (I-VT) delivers an address on threats to American democracy at George Washington University on September 24, 2020 in Washington, DC. Sanders cited "the unprecedented and dangerous moment we are in ri

The hope for the Biden campaign is that Sanders' legions of supporters will continue to follow his lead all the way to the polls.

Biden has had to present a two-pronged platform to please both moderates and the more progressive wing of the Democratic Party that favors Sanders, a Vermont senator.

The 11:30 a.m. GMT live-streamed event is timed in accordance with the first weekend of early voting in the Copper State and will focus on turning out the vote.

With virtually all of the 2020 Democratic campaign online amid the COVID-19 pandemic, this is not the first time Sanders has hosted such an event -- especially in battleground states.

Sanders is a beloved figure among many Latino Democrats, earning him the nickname "Tio Bernie." The senator's platform and positions on immigration reform, affordable health care, free college, no student loan debt and climate change are in line with their core concerns.

Latinos represent a crucial bloc in the 2020 presidential election.

This year, they are expected for the first time to be the nation's largest racial or ethnic minority in a presidential election, with a record-setting 32 million projected to be eligible to vote.

Latinos will account for 13.3% of all eligible voters, even though the number of Latino eligible voters is still far below the 60 million who live in the country.

According to the Pew Research Center, 62% of Latino registered voters nationwide identify with or lean toward the Democratic Party, while 34% say the same about the Republican Party.

Democrats will need major Latino support in order to try to flip the "purple" Sunbelt state.

The town hall will be live-streamed at live.berniesanders.com and on Sanders’ social media accounts.

Ivanka Trump is set to visit Arizona on Oct. 11, according to Trump campaign officials, just days after her father's running mate visited the Grand Cayon State.

The Democratic presidential ticket chose Arizona to kick off a bus tour, underscoring the significance of a state whose 11 Electoral College votes could tip the scales if Trump can rebound from his fall slump.