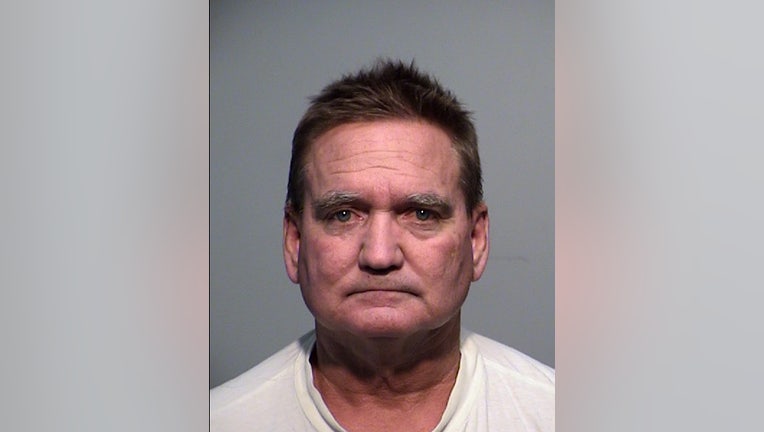 COTTONWOOD, Ariz. - A man who turned himself in to Cottonwood police after allegedly killing his wife at the couple’s Black Canyon City home remained jailed without bond July 6 on suspicion of first-degree murder, authorities said.

Yavapai County Sheriff’s officials said 64-year-old Donald Scott was taken into custody on July 4 after allegedly admitting that he killed his wife at their Black Canyon City home.

Sheriff’s deputies went to the residence and say they found 53-year-old Michelle Scott dead and they recovered the alleged murder weapon.

"Deputies went to the home in the 34000 block of Desert Cove and found a deceased woman inside. The evidence observed at the scene corresponded with the story offered by the suspect," the sheriff's office said.

According to YCSO, Scott told them ongoing marital disputes over the last several months led to the deadly assault with a knife on Friday evening.

Scott was booked into jail on suspicion of first-degree murder.

It was unclear Monday if Donald Scott has a lawyer yet for his case.