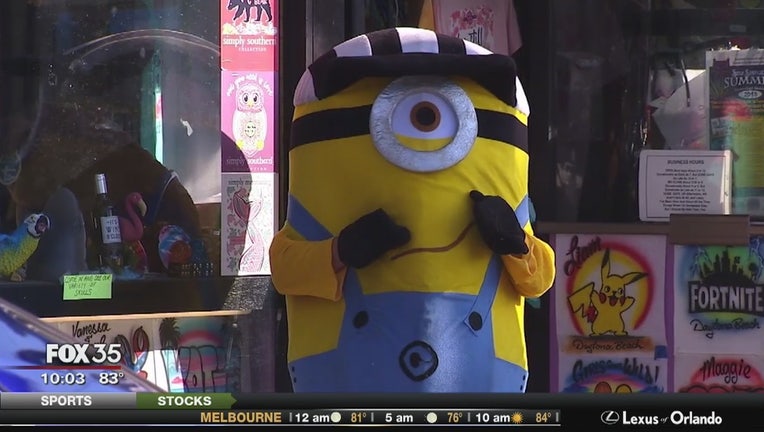 DAYTONA BEACH, Fla. (FOX 35 WOFL) - A man dressed up in a minion costume was attacked outside of a store in Daytona Beach and it was all caught on surveillance camera.

At one point, the alleged attacker picks the minion up, spins him around in the air, and throws him to the ground.

The man inside the costume, Jamie Roehm, is legally blind and mentally handicapped. He says that none of that matters when is in character though. "I love the little kids when they come up to me and give me hugs and stuff, it makes my day," he said.

During the attack, Roehm screamed for help while his coworkers ran outside to pull the attackers off of him.

Despite Roehm's costume being damaged, Roehm suited up and was back to doing what he loves to do less than 24 hours later. He says that "this is my favorite part of the job, it's to come in here and make the kids happy. And if I can't do that, then I am not happy."

Daytona Beach Police have arrested Ryan Nihart for the attack. He is facing charges of Misdemeanor Battery and Destruction of Property.