MESA, Ariz. - The Mesa Police Department released body-camera video showing a deadly encounter between officers and a man who allegedly charged at them with a metal tool earlier this month.

The incident happened on Jan. 3 near Val Vista and Brown Road when a homeowner called police about a person wandering in the neighborhood.

Police said the man was acting erratically and jumping over walls. Officers were able to track him down to a backyard and as officers arrived at the scene, the suspect emerged from the yard and charged toward them with a metal object that turned out to be a large framing square.

"They try to use less than lethal force, then the suspect charged at him, and the Mesa PD then fired their service weapons," said Trapani. 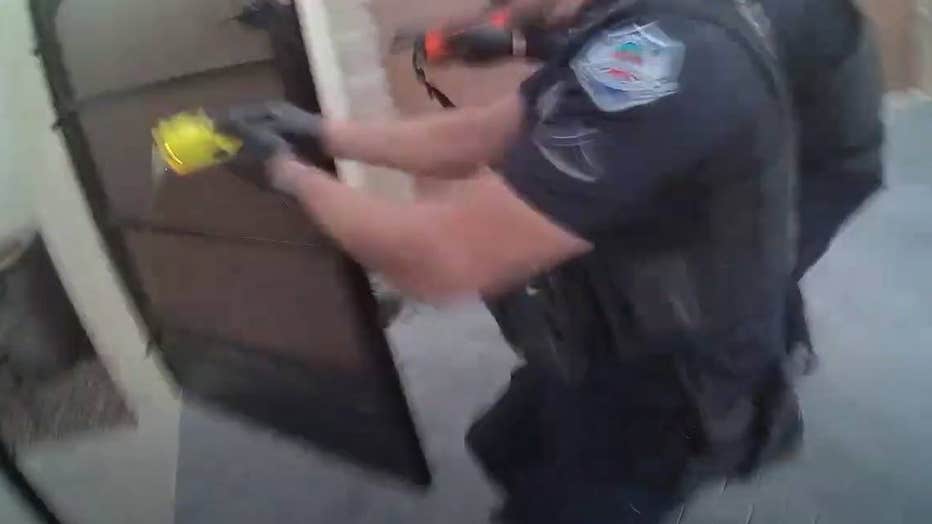 Mesa Police released body-cam video showing a deadly encounter between officers and a man on Jan. 3

James M. Schild, a 49-year-old Mesa resident, died at the scene. Trapani says they believe he lived in the neighborhood but was not known to the neighbor who called about the situation.

Mesa Police has not released the names of the officers involved in the shooting. The department is conducting an investigation into the incident.

This was the department's first officer-involved shooting of 2022. The second came later on the same day when officers shot and killed a man who was armed with a knife.

It was a violent start to 2022 in Mesa as police were involved in two deadly officer-involved shootings on the same day. FOX 10's Ty Brennan reports.