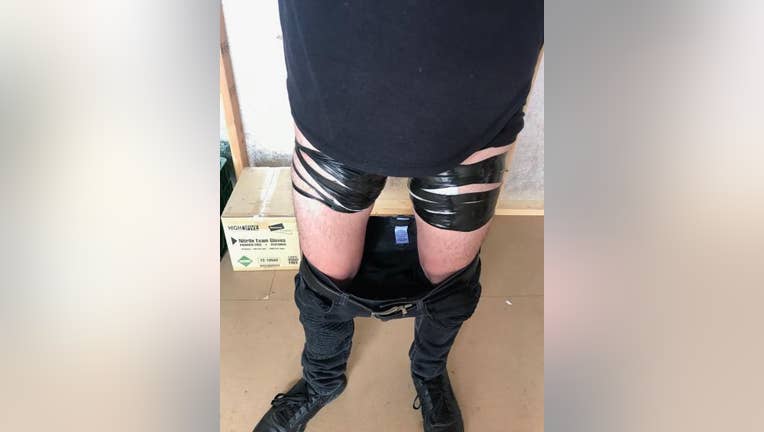 TUCSON, Ariz. - U.S. Border Patrol agents at the Interstate 19 immigration checkpoint arrested a man after they discovered that he was transporting fentanyl.

Officials say they encountered the 19-year-old U.S. citizen during a routine inspection of a passenger shuttle van. During questioning, they found the pills taped to his thighs that weighed 243 grams and tested positive for fentanyl.

The man was arrested. He is accused of conspiracy to possess with intent to distribute. His name was not released.