WASHINGTON (AP) - A woman whose drug crime sentence was commuted by President Donald Trump said his reforms on criminal justice are “just getting started.”

Alice Johnson said Thursday during the Republican National Convention that she “hollered hallelujah” after Trump signed the First Step Act, which she said “brought joy, hope and freedom to thousands of well-deserving people.”

“I am alive, I am well and most importantly, I am free,” announced Johnson at Thursday’s convention as she thanked the president for giving her the opportunity to come home to her family and regain her life.

Johnson is a Tennessee grandmother convicted on felony drug and money laundering charges in 1996. After 22 years in prison, she was released in June 2018 when Kim Kardashian West asked Trump to grant her clemency.

Since then, her story has been featured in a reelection ad for the president, and she recommended a list of other nonviolent female offenders, whose sentences Trump commuted. On Thursday, Johnson said she is free “by the grace of God and the compassion of President Donald John Trump.”

Johnson, 63, had spent more than two decades behind bars, serving life without parole for drug offenses. She was released hours after the Trump announced he would use his clemency powers to grant her an early release.

“BEST NEWS EVER!!!!” was the exuberant Twitter response from Kardashian West, who had visited the White House to press the case for Johnson.

Michael Scholl, a member of Johnson’s legal team, shared the moment Johnson was finally reunited with her family.  Everybody was crying and hugging,” Scholl said. 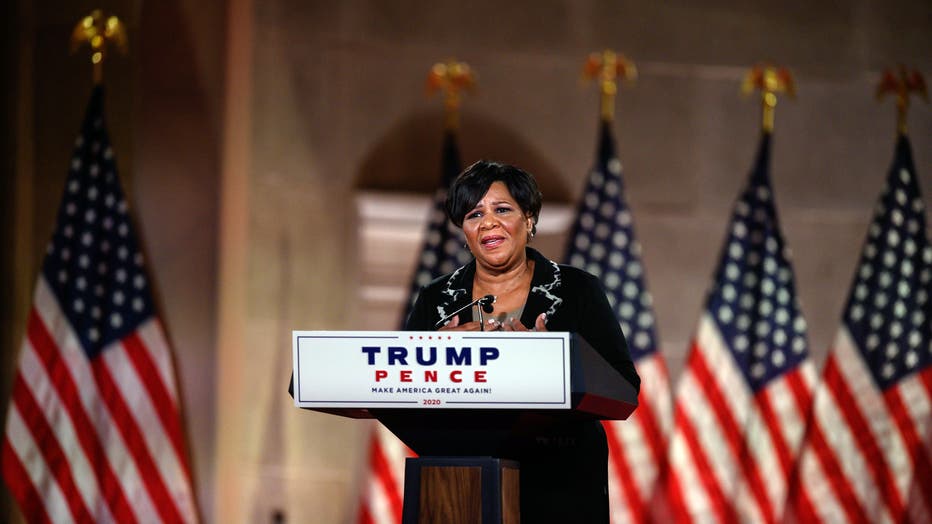 “I’m just so thankful. I feel like my life is starting over again,” Johnson said, moments after her release, calling Kardashian West an “angel” and thanking Trump “for giving me another chance at life and restoring me to my family.”

Unlike a pardon, the commutation did not erase Johnson’s conviction — it only ended her sentence.

Shawn Holley, Kardashian West’s attorney who accompanied her to the White House in 2018, said the reality star was the one who broke the news to Johnson in what she described as “the most wonderful, emotional and amazing phone call with Alice, Kim and Alice’s lawyers.”

“Once Alice’s family joined the call, the tears never stopped flowing,” Holley said in a statement.

“Telling her for the first time and hearing her screams while crying together is a moment I will never forget.”

In a statement announcing the president’s decision, the White House said Johnson “has accepted responsibility for her past behavior” and had been a model prisoner, working hard to rehabilitate herself and serve as a mentor to fellow inmates.

“While this Administration will always be very tough on crime, it believes that those who have paid their debt to society and worked hard to better themselves while in prison deserve a second chance,” said a statement from the office of then-White House spokeswoman Sarah Huckabee Sanders.