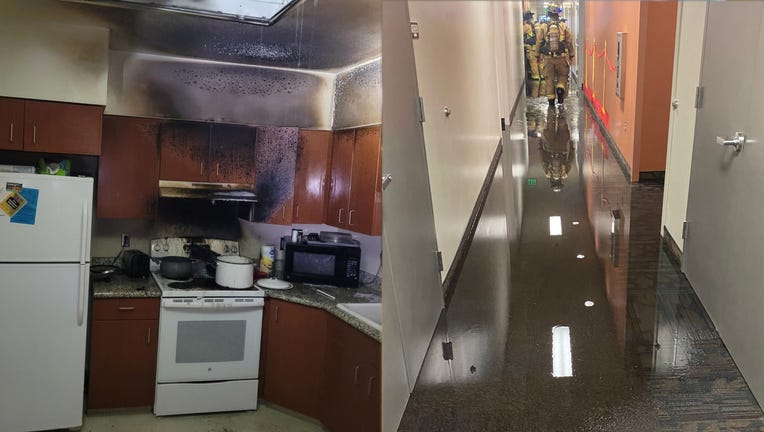 The damage from the explosion and subsequent flooding is shown in provided images. (Credit: Brigham Young University Police)

PROVO, Utah - Authorities at Utah’s Brigham Young University said 22 college students had to be relocated after someone attempted to make rocket fuel on the stove in their dorm, which led to a "fireball" explosion.

Campus police subsequently reminded students to "keep your experiments in the lab."

Firefighters first responded to the incident around 4:30 p.m. local time on Sunday at BYU’s Heritage Halls Building 4. Crews found the fire sprinklers activated and flooding on the main floor.

"The subsequent investigation revealed that a resident had been making homemade rocket fuel on the stove when the volatile mixture suddenly exploded into a fireball," BYU police said in a Facebook post. "The flames from the explosion had engulfed the walls and ceiling around the stove and the intense heat tripped the fire sprinkler system." 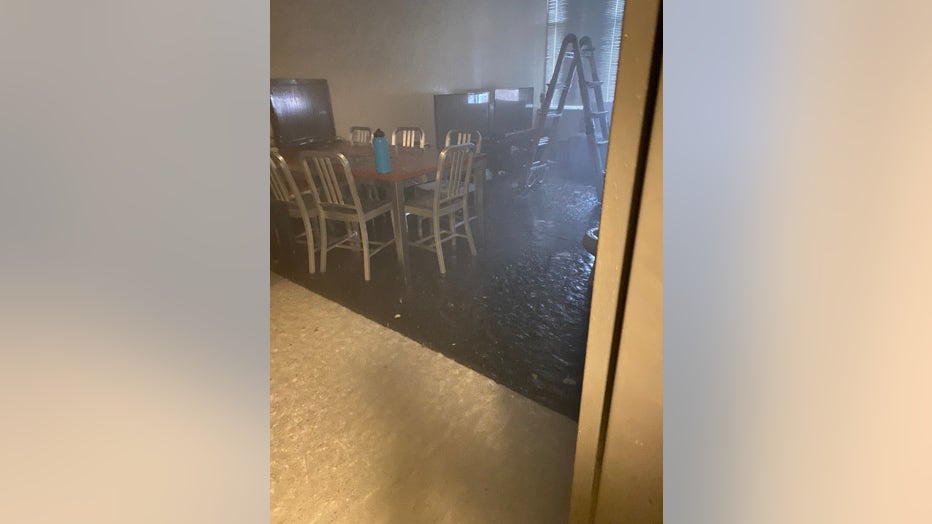 Firefighters quickly secured the scene and were able to put out the remnants from the fire, police said. However, the explosion resulted in "extensive damage" to the dorm building.

Police said 22 students living close to the room where the incident happened had to be relocated to allow for clean-up and repairs.

The fire remains an active case and officials were continuing to investigate the circumstances of the incident. The student was not named.

Ahead of Thanksgiving, firefighters in Mississippi have demonstrated the potential dangers of deep-frying a turkey. Credit: City of Gulfport - Mayor's Office via Storyful

"It is clear that this situation could have been much worse and we are grateful that no one was injured," BYU police said in a follow-up post on Monday.

"We urge students to be aware of circumstances around them and consider how their actions have the potential to affect not just themselves, but others as well," officials added.

RELATED: How many smoke alarms do I need? A guide to the life-saving device and when to check them