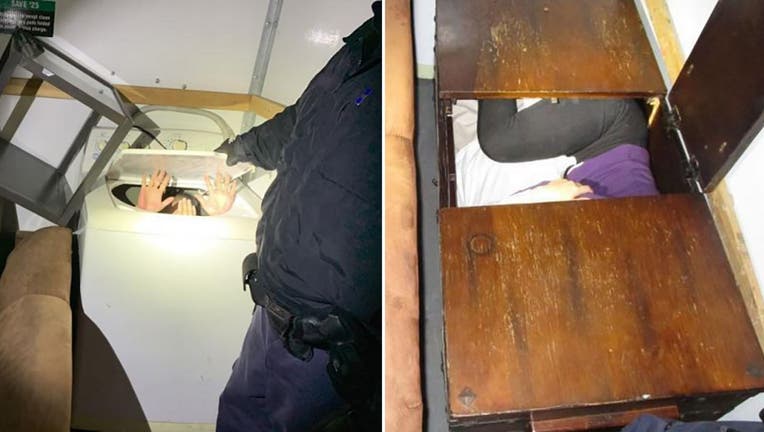 CPB officers freed some of the Chinese nationals from a washing machine, wooden chest. Another was found in a dresser, the agency said. (U.S. Customs and Border Protection)

SAN DIEGO, Calif. - Federal agents in California found 11 Chinese nationals hiding inside appliances and furniture that filled a moving truck crossing the border from Mexico over the weekend.

U.S. Customs and Border Protection (CBP) officers stopped a 42-year-old male truck driver, a U.S. citizen, around 5:30 p.m. on Saturday at the San Ysidro Port of Entry, located in the city of San Diego just north of Tijuana, the agency said in a statement.

CBP officers inspected the moving truck and referred the unnamed driver and his vehicle for a more intensive secondary inspection, the statement said.

Agents searched the contents of the truck and found 11 Chinese nationals packed inside pieces of furniture and appliances. Pictures showed at least two people squatting inside a washing machine and another crammed inside a wooden chest. 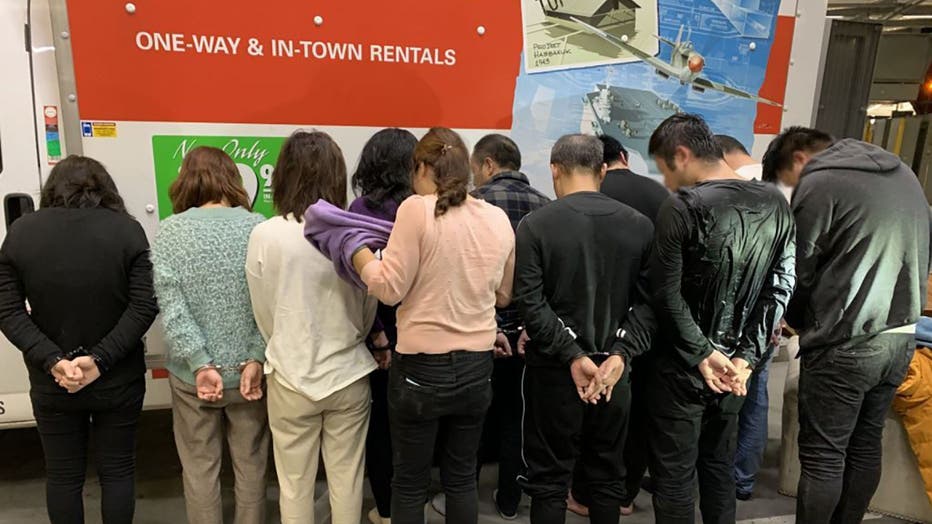 The 11 Chinese nationals were taken into custody for pending criminal and immigration proceedings, the CBP said. (U.S. Customs and Border Protection)

The driver, accused of human smuggling, was arrested and transported to the Metropolitan Correctional Center to await criminal proceedings, the agency said. The 11 Chinese nationals were also being held for pending criminal and immigration proceedings.

“These are human beings that smugglers subject to inhumane conditions that could have deadly consequences," Flores said. "Fortunately, no one was seriously injured.”

This most recent human smuggling incident comes one month after CBP officers at San Ysidro discovered six Chinese nationals hiding behind a false wall inside another moving truck – also driven by a U.S. citizen – in an attempt to cross the border, the agency said.