Rep. Norma Torres says revealed to the Los Angeles Times earlier in the week that she now sleeps with a gun by her bed.

The ongoing war against internet trolls has left a Pomona Congresswoman fearing for her safety.

"I never thought it would get to this point but I have to protect myself in my home," said Rep. Norma Torres.

This comes as Torres revealed to the Los Angeles Times earlier in the week that she now sleeps with a gun by her bed. It all started when Torres, who migrated to the U.S. from Guatemala as a child, blasted three Central American countries – Guatemala, Honduras and El Salvador – on social media for not doing enough to help their people. 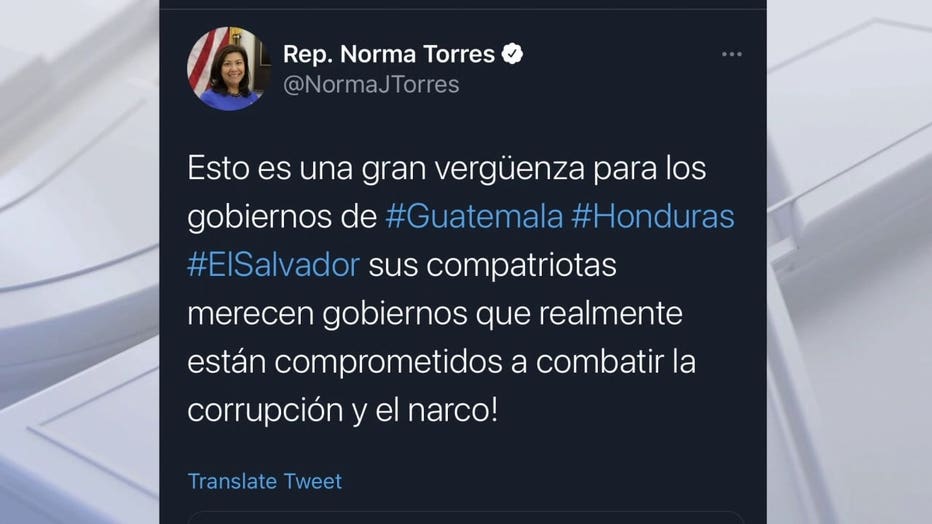 Her tweet criticizing the Northern Triangle of Central America prompted the President of El Salvador, Nayib Bukele, to tweet back, pointing out the story Torres mentioned in her original tweet was about Ecuadorians.

But then accounts backing Bukele went on the attack, flooding Torres' mentions on Twitter, threatening her life and mocking her indigenous features. Torres says strangers have been staking out her house and is worried someone might act out on the barrage of threats.

"None of that embarrasses me because I embrace my indigenous roots, but it’s very telling story for everyone to see and women and that’s Controlled by these dictators," Torres said.

This isn't the first time Torres was in danger of facing possible mob violence. Torres was among the Congressmembers trapped inside the House Chamber during the Jan. 6 Capitol riots.

"It was a horrific experience," the Pomona Democrat previously told Elex Michaelson on The Issue Is. "Most of the doors were locked, except one, which was above me, because the officer that was present did not have the keys."