A pair of YouTubers got Carole Baskin to do an interview by using audio clips from Jimmy Fallon interviews.

Carole Baskin, a star of Netflix’s “Tiger King: Murder, Mayhem and Madness,” was apparently tricked into doing an interview by a pair of YouTubers pretending to be with late-night host Jimmy Fallon.

Video posted May 3 by the British internet personalities Josh Pieters and Archie Manners details how they managed to interview Baskin and others over Zoom by posing as producers from late-night talk shows.

The video details how Baskin, the owner of Big Cat Rescue, had been reluctant to do any interviews since the documentary surged in popularity.

In the video, Pieters and Manners say Baskin initially declined the request for an interview — but they ultimately got her to agree by promising that Fallon would only ask her questions about cats. 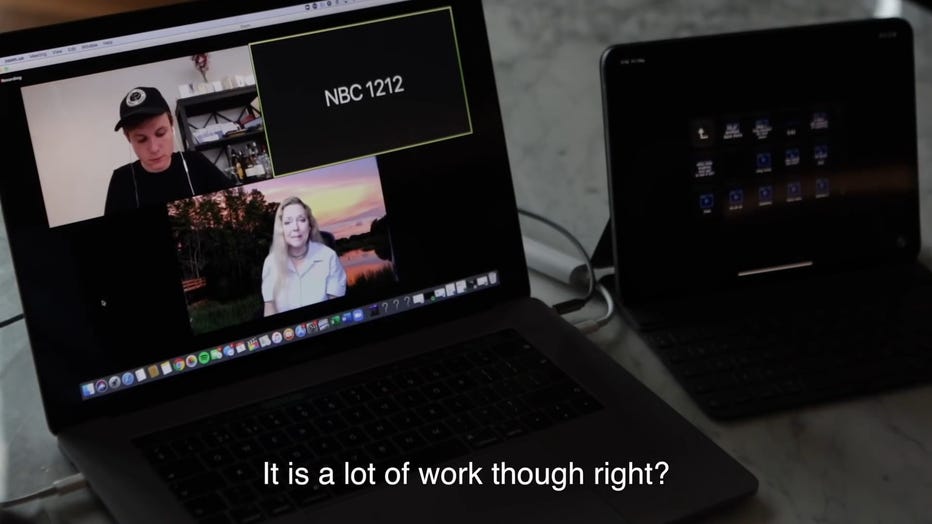 The duo explained that they used audio clips of Fallon's previous interviews from “The Tonight Show” that mentioned the word "cat," including interviews with Kat Dennings and cast members of the musical movie "Cats.“ They then played the clips over a Zoom call with Baskin.

Being told she couldn’t see Fallon because of technical difficulties, Baskin revealed how she had to let go of about half of her staff due to a decline in tourism amid the coronavirus pandemic.

But despite the global crisis and her “Tiger King” fame, Baskin said she’s stayed busy.

"I work seven days a week," she said. "But I'm a workaholic so I really love doing this work."

At one point in the interview, the YouTubers posing as producers convince Baskin to put on her flower crown and introduce several video clips while saying her now-famous catchphrase: "Hey all you cool cats and kittens, it's Carole at Big Cat Rescue."

"It's a celebration of life, not a flower crown," Baskin insists about her headdress.

After the prank was posted on YouTube, Baskin said she wasn’t upset about trick.

“I was suspicious as we were doing it because the questions appeared taped. But had no idea it would turn out to be such a fun prank,” she told Us Weekly. “It gave us a very welcome good laugh. I appreciate their cleverness and that they created their video in a way that I don’t feel was in any way mean-spirited.”

Skyrocketing her to an unexpected fame, Baskin has made clear she was not thrilled with how she was portrayed in the series and even wrote a lengthy blog post about it, titled “Refuting Netflix Tiger King.“