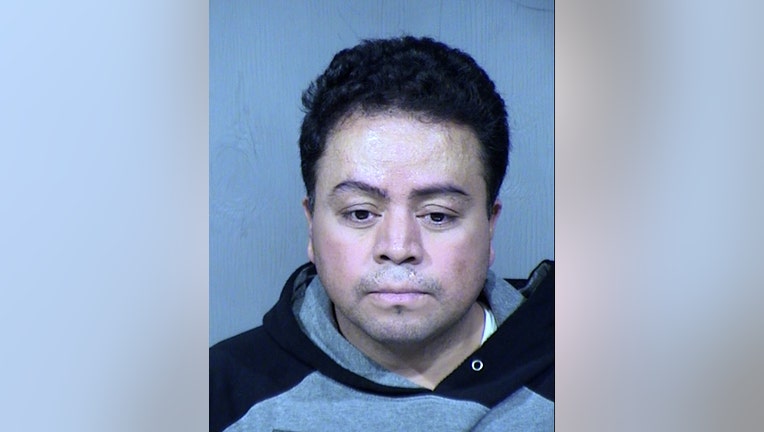 CHANDLER, Ariz. - A man who pleaded guilty to murder before fleeing Arizona over 16 years ago to avoid being sentenced has been arrested in Canada after police followed digital footprints provided by social media posts of his family and friends, authorities said.

The fugitive, 32-year-old Adan Perez Huerta, was arrested in Toronto and returned to Arizona, where he was booked into a jail Thursday.

An arrest warrant was issued for Huerta after he pleaded guilty to negligent homicide but didn’t appear for his sentencing in 2003.

The case stemmed from the 2002 death of a 19-year-old woman who was his passenger in a vehicle driven by Huerta. She was fatally injured when the vehicle struck an electrical box and caught fire in a Phoenix suburb.

Huerta, who also was seriously injured in the early morning wreck, had a blood-alcohol level of 0.16, the Chandler Police Department said in a statement. That’s twice Arizona’s legal limit of 0.08.

A Chandler detective last spring began searching for Huerta by checking social media posts of his relatives and associates, and those eventually led to posts by Huerta himself, said Sgt. Jason McClimans, a department spokesman.

McClimans said the detective was able to determine Huerta was in Toronto, leading to his arrest by Toronto police. U.S. marshals took Huerta into custody, and he was extradited to the United States.

Chandler police believe Huerta lived in Canada for at least a year, and he apparently was using his real name before being arrested, McClimans said.

Jennifer Liewer, a spokeswoman for the Maricopa County Attorney’s Office, said Huerta, for now, is only charged in the homicide case. Additional charges may be filed after a prosecutor reviews the file, she said.