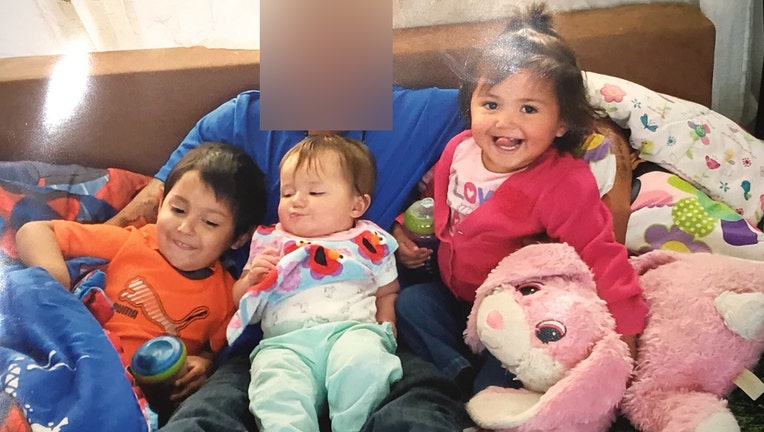 PHOENIX (AP) — A Phoenix woman accused of suffocating her three young children never appeared to be a danger to them, according to an aunt who was in the house at the time of the killings.

Pearl Rebolledo Velazco, the children’s great-aunt, spoke at length at a candlelight vigil Wednesday night outside the home where police say Rachel Henry killed her children. Velazco said she and the youngest child’s father were in the house when Henry, 22, allegedly killed them Monday night. 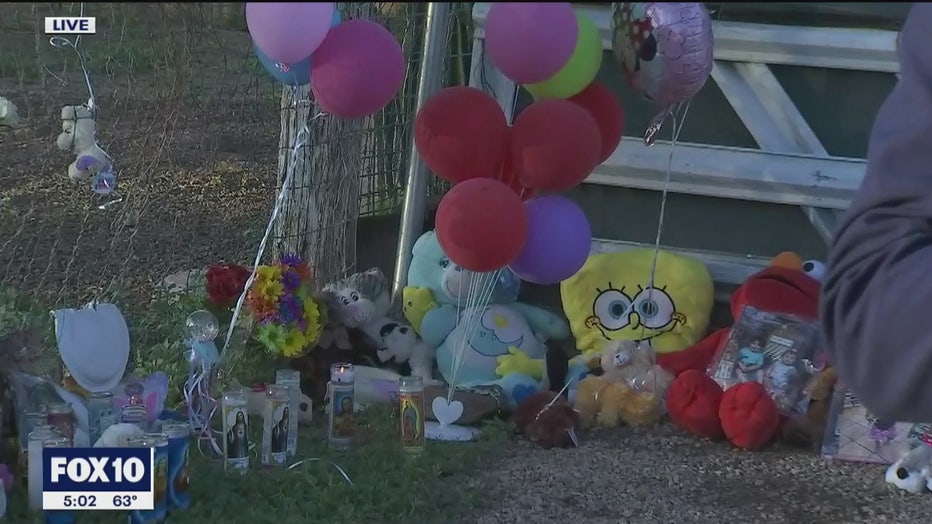 A memorial for three children who were found dead in South Phoenix on January 20, 2020.

“I know it’s hard to believe, but we were here throughout (the house) as she killed our kids,” Velazco said. “We had no reason to think otherwise that she was putting them down for naps.”

Velazco said she was completely unaware of what was going on in the next room.

Velazco described how she tried to administer CPR to 7-month-old Catalaya Rios while urging Henry to call 911. But Henry was “sitting by me, staring at her phone,” Velazco said. Velazco ended up calling authorities.

A community is still reeling from the horrifying murders of two toddlers and a baby that were found dead inside a Phoenix home.

Henry remains jailed on $3 million bond on suspicion of three counts of first-degree murder. It was not known Thursday whether she had been appointed an attorney who could comment on her behalf. Police also have not said whether anyone else will be charged.

Investigators said Miraya Henry, who would have turned 2 this month, was the first to be killed, followed by her 3-year-old brother Zane Henry, then Catalaya.

The 7-month-old girl’s father, Pedro Rios, was at the vigil but did not speak. It was not clear if he was also the father of the other two children.

According to Velazco, she was caring for all three children temporarily. Henry moved to Arizona from Oklahoma in June to be closer to them.

“She missed them. She was on the street, and she wanted to straighten up and everything. She could’ve walked away at anytime,” Velazco said.

The Arizona Department of Child Safety said it didn’t have any earlier contacts or abuse reports involving the family.

Prosecutors say Henry acknowledged having a history of methamphetamine addiction and that her children had previously been removed from their home by child-welfare authorities in Oklahoma because of issues related to her drug problem.

The Oklahoma Department of Human Services, which provides child protective services, declined to say whether it had a method for informing other states about parents who had run into trouble with child-welfare authorities.

The agency said it’s cooperating with investigators in Arizona and is reviewing any contacts Henry or her children had with child-welfare authorities there. But the agency said state law prohibits the public release of the results of that inquiry.