A community is still reeling from the horrifying murders of two toddlers and a baby who were found dead inside a Phoenix home Monday.

PHOENIX - A community is still reeling from the horrifying murders of two toddlers and a baby who were found dead inside a Phoenix home Monday.

Investigators say the three children died at their hands of their mother, but so many unanswered questions remain.

The children were identified by authorities Wednesday as Zane, Miraya and Catalaya. 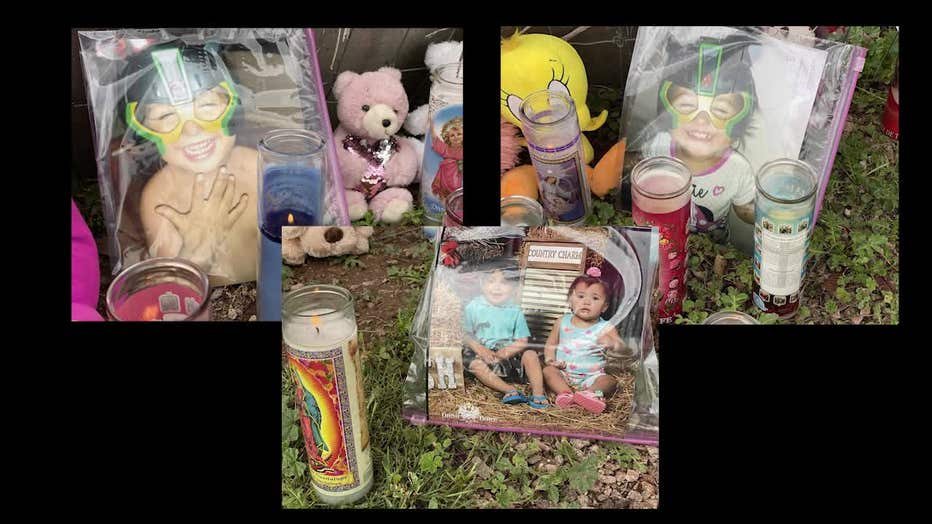 People who didn't even know the family or children felt compelled to attend the vigil to pray for the family and those children. Many said they are parents and can’t imagine what the family is going through.

Others came to simply support their community.

Family members say they are, understandably, heartbroken. "They were just kids, they were babies, they were innocent," said the children's aunt, Pearl Rebolledo Velazco.

"We were here when she killed [the] kids. We had no reason to think otherwise. We should have known now looking back. I should have taken three steps into the room," she said.

She says she wants to take the children's bodies back to Oklahoma, where they were from.

If you'd like to donate to the family, they set up Wells Fargo and GoFundMe accounts.