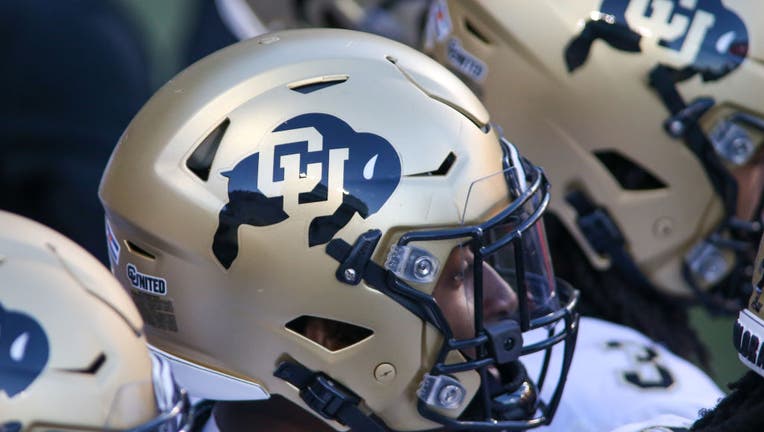 TUCSON, AZ - DECEMBER 05: Colorado Buffaloes logo on a football helmet during a college football game between the Colorado Buffaloes and Arizona Wildcats on December 5, 2020, at Arizona Stadium in Tucson, AZ. (Photo by Jacob Snow/Icon Sportswire via

At the moment, Karl Dorrell and the Colorado Buffaloes remain on standby mode just in case they’re summoned to Los Angeles as a fill-in for the Pac-12 title game Friday.

If not, the bowl-eligible Buffs are free to schedule a game. That is, if another conference foe becomes available, because they’re not considering any nonconference contests.

Colorado was all set to play Oregon this weekend before the Ducks were promoted into the league’s championship contest against No. 13 Southern California, leaving Colorado without a seat in a game of musical chairs. The flip-flop occurred after Washington, representing the North Division, pulled out due to COVID-19 issues within the Huskies program. Colorado would replace USC, the South champions, if the Trojans couldn’t play. 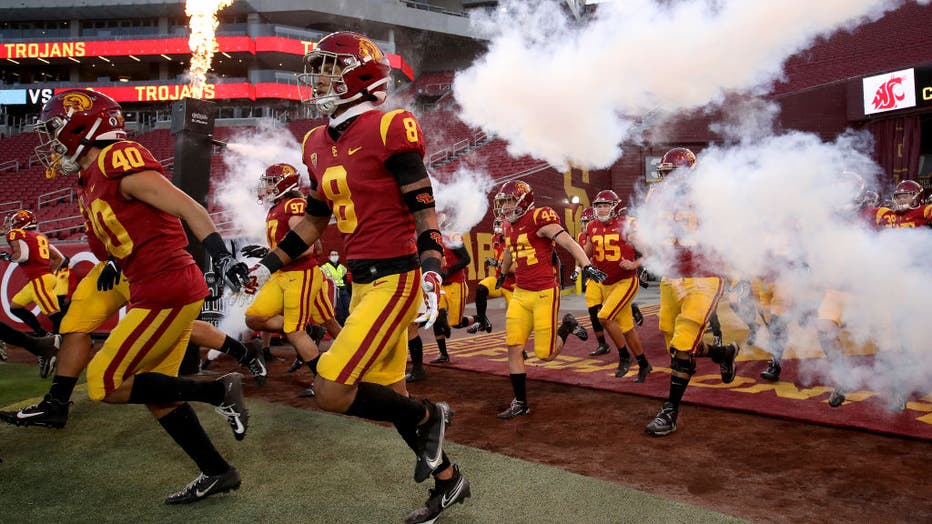 LOS ANGELES, CALIFORNIA - DECEMBER 06: The USC Trojans take the field prior to the first half of a game against the Washington State Cougars at Los Angeles Coliseum on December 06, 2020 in Los Angeles, California. (Photo by Sean M. Haffey/Getty Image

By now, Colorado’s become quite accustomed to adjusting plans on the fly.

"What are the things that I can control? Absolutely nothing ...," Dorrell, the first-year Colorado head coach, said Monday before finding out his team’s game with Oregon was called off. "There are a number of things that could occur. I don’t even know exactly what those things are."

This marked the third time the Buffaloes (4-1, 3-1) have been forced to alter their schedule. They had their game against Arizona State on Nov. 21 canceled due to virus concerns within the Sun Devils program. The following week USC couldn’t play in what could have been a South Division showdown because of COVID-19 issues with the Trojans (the Buffs ended up scheduling San Diego State).

Colorado athletic director Rick George did announce Monday night the team is not seeking an adversary outside the Pac-12.

All the Buffaloes want is a place, a time and, of course, an opponent.

"To go into every single week not knowing who you’re going to play because of COVID, it’s just who’s in front of us,” offensive guard Casey Roddick said. “If anything, this year has taught us that we’re just a big family."

Dorrell planned to check in Monday with his leadership council, a group of about 15 or 16 players representing every class who bring topics/concerns to the coaches and relay it to the team. Dorrell wanted to address such things as how they envision proceeding with the season. The Atlantic Coast Conference recently saw Virginia, Boston College and Pittsburgh decide against playing in bowl games. The NCAA waived bowl eligibility requirements this year because of the coronavirus pandemic.

Asked if he would be all right should his team want to skip a bowl appearance, Dorrell said: "Anything and everything can be understood in this deal. ... I want to do what’s best for this team. I want to fulfill the goals and aspirations of our young men. That comes first. We’ll evaluate as we go and see where things end up."

It’s been an emotional last few days for the Buffaloes, beginning with a 38-21 loss at home to Utah to end their unbeaten season. In that game, Colorado lost standout linebacker Nate Landman — the heart of the team — to a season-ending ankle injury. After the game, backup QB Tyler Lytle announced his decision to enter the transfer portal.

Now, another cancellation — and more uncertainty.

"Obviously with this COVID-19 stuff going around everywhere, it’s very hard on a lot of our players — mentally, physically, everything," Roddick said. "To have the opportunity to play in a bowl game is unlike anything else that we ever could’ve dreamed of, especially to come here to CU and change this program around."

"It’s obviously something we want to strive for. We’re going to talk about that," he said.