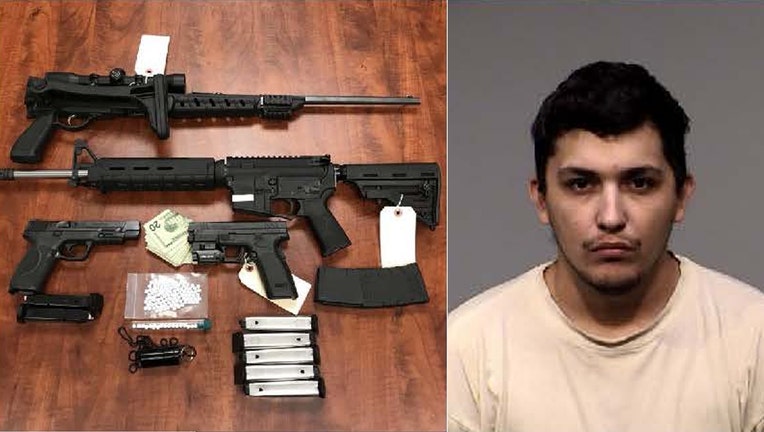 COTTONWOOD, Ariz. - A Cottonwood man has been arrested after illegal guns and more than 100 fentanyl pills were found in his home, Yavapai County Sheriff's officials said.

Deputies also reported finding an AR-15-style rifle and a .45 caliber handgun in a wooden chest. They said a rifle was found in the same bedroom and hundreds of rounds of ammunition were confiscated from the room.

During a search of Campos' Toyota 4 Runner, detectives found a loaded 9mm handgun under the front passenger seat, along with $400 in cash.

Sheriff’s officials said that since Campos is a convicted felon, he’s not allowed to have any of those guns.

It was unclear Monday if Campos has a lawyer yet.