It was a quick, but delicate process removing the obelisk Confederate monument from Decatur Square on Thursday evening.

DECATUR, Ga. - Heavy equipment and construction crews overtook Decatur Square late Thursday evening. The focus was the controversial Confederate monument a DeKalb County judge ordered safely removed and stored to protect both the public and historic obelisk. It took crews about an hour to delicately remove the monument using a crane and forklift.

Press and onlookers crowed around the Square. Cheers from the gathered crowd could be head as the crews pulled the obelisk from its base and dangled in the air. The crane lowered the piece and slowly lowered it to its side.

“We will celebrate this day as we should. Because on this day of freedom,  we also declare the Decatur Square is free of a monument that represented intolerance and bigotry and enslavement of generations of people,” DeKalb County CEO Michael Thurmond said the following day at a gathering marking Juneteenth.

Last Friday, Judge Clarence F. Seeliger issued a ruling declaring the monument was a public nuisance following an emergency meeting held over Zoom. He ordered the immediate relocation of the monument “to a secure location for storage until further Order of the Court.” 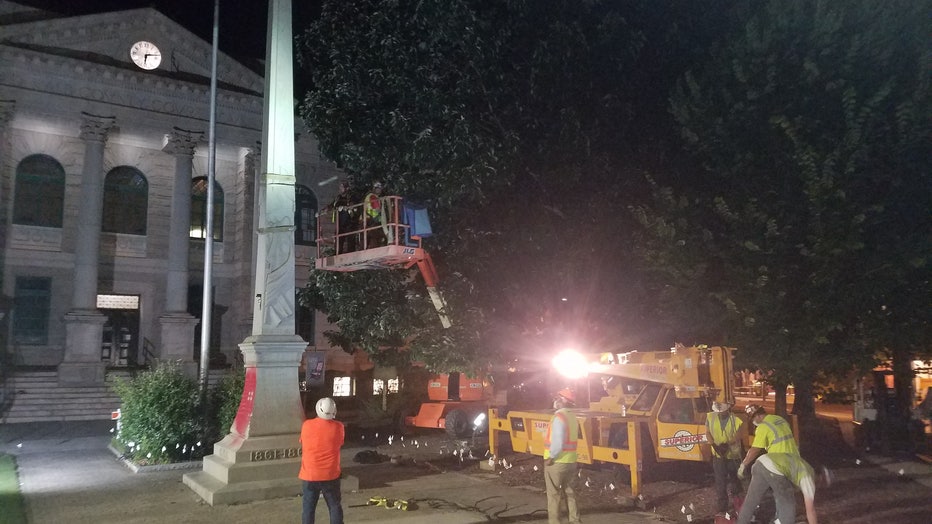 Decatur officials argued to the judge that “in recent days the monument has been an increasingly frequent target of graffiti and vandalism; and it is inspiring outrage, leading to demonstrations and protests, which potentially expose the public and police officers to COVID-19 and which could result in violence, injury or death to individuals, including those who may attempt to forcibly remove the monument.”

“In short, the Confederate obelisk has become an increasingly frequent target of grafﬁti and vandalism, a ﬁgurative lightning rod for friction among citizens, and a potential catastrophe that could happen at any time if individuals attempt to forcibly remove or destroy it,” the judge wrote in his order. 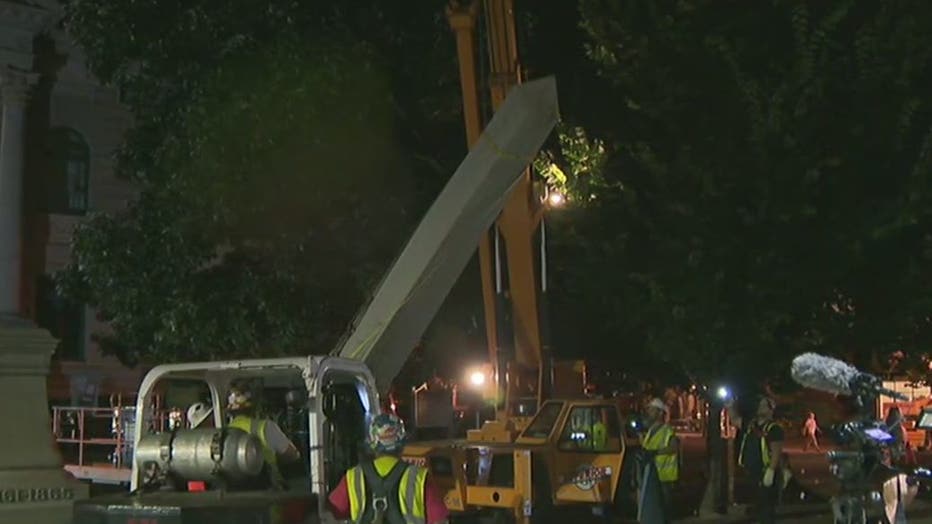 Crews gentle tilt and lower the obelisk of a Confederate monument that once stood in Decatur Square on June 18, 2020. (FOX 5)

Under Georgia state law, “No publicly owned monument honoring Confederate soldiers shall be relocated, removed or altered in any fashion” however the judge addressed the law in the rule, writing:

“Though the Obelisk will be stored out of public view, abatement, as required by this Order, is not for the purpose of preventing the public display of the Obelisk, but instead is an appropriate measure to abate a public nuisance and protect the Obelisk.” 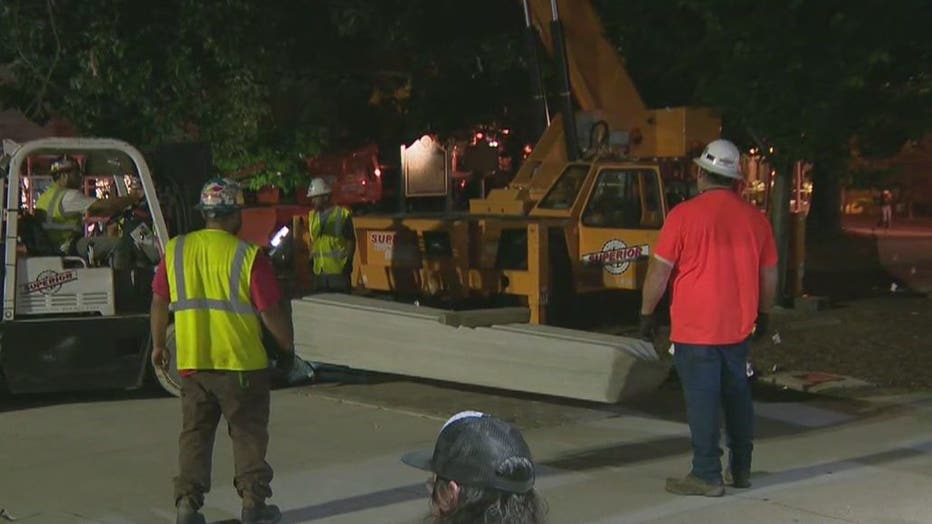 The once-erect obelisk that was part of a Confederate monument, lays on its side being prepared to be stored on June 18, 2020. (FOX 5)

The Confederate monument called "The Lost Cause" was erected in 1908 in the square, the same year the Georgia legislature ratified an amendment, preventing African Americans from voting. 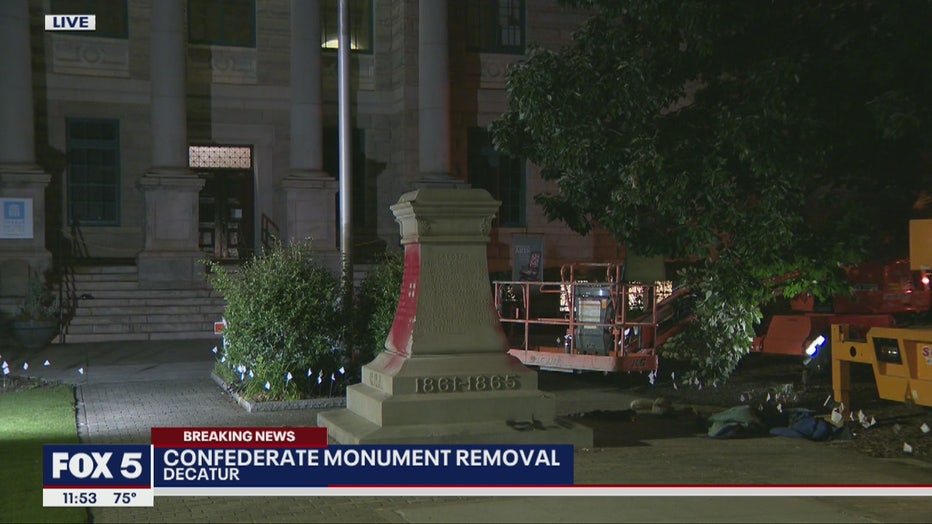 An empty pedestal that once held the obelisk section of a Confederate monument in Decatur Square on June 18, 2020. (FOX 5)