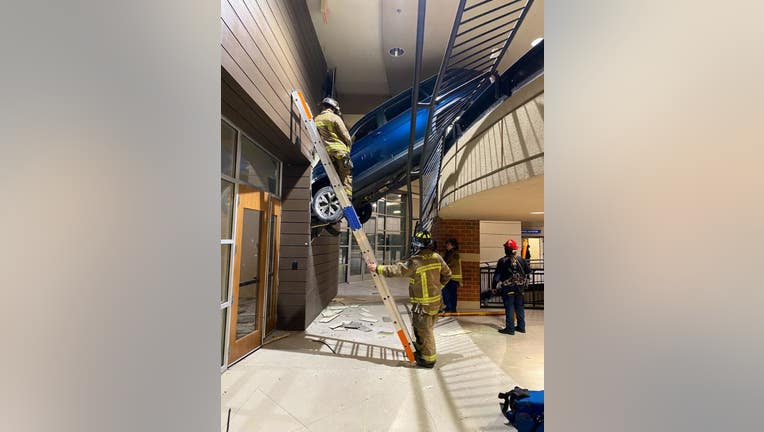 ATLANTA - Firefighters were able to bring a woman to safety after her car went off a parking deck Wednesday in Buckhead.

Atlanta Fire tweeted at 12:12 p.m. that an SUV came off the parking at 3535 Peachtree Rd NE near Target and crashed into the side of the building. The car became pinned between the parking deck and the entry way.

"Atlanta Squad 4 and Company 21 working to extricate a person from an SUV that went off a #parkingdeck at 3535 Peachtree Rd NE near #Target. #AFRD," the fire department tweeted.

Fire rescue later tweeted that they were able to get the woman out succesfully without any injuries.

A photo tweeted out by Atlanta Fire showed that the blue SUV had gone through a metal barrier and into the building. It is unclear what caused the accident.