It's expected to bring in millions for the city, county and state.

GLENDALE, Ariz. - It's a resort concept unlike any place in Arizona, and maybe even in the United States.

A massive 11-acre development just approved by the Glendale City Council, the "Crystal Lagoons Island Resort," is coming to Glendale.

The swimming lagoon, hotel and amusement park will be near the Westgate Entertainment District and is expected to be open for business in 2022. 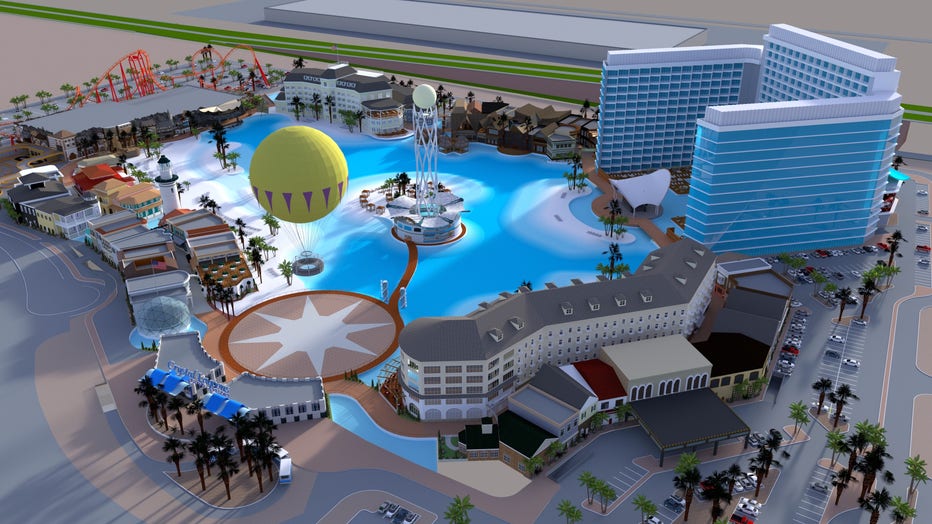 A press release about the development says the project will bring in millions of dollars for the city of Glendale as well as the state. " ... expected to bring an estimated $700.8 million in new sales, property and bed tax revenues to the city, county and state over the next 25 years. Glendale’s portion of the revenues are estimated at $240.5 million."

“We really think this is a game-changer for us in Glendale," says city manager Kevin Phelps, adding the hope is this will be a place perfect for staycations and tourists from around the world.

“It gives an amenity that Arizonans don’t have currently today where they can get into the water safely and pretty much do it all year round," Phelps said.

For more on the development, read more in the PDF below or visit this link.