MARIETTA, Ga. - An alert CSX train engineer in Marietta was able to save a homeless man who was trapped on the train tracks, according to Marietta police.

The engineer noticed a someone was laying on the train tracks ahead and was able to successful stop his mile-long freight train, police confirmed.

By doing so, the engineer avoided striking what turned out to be a homeless man who had fallen on the train tracks.

Authorities said the man was not able to get up after falling and was suffering from hypothermic conditions. 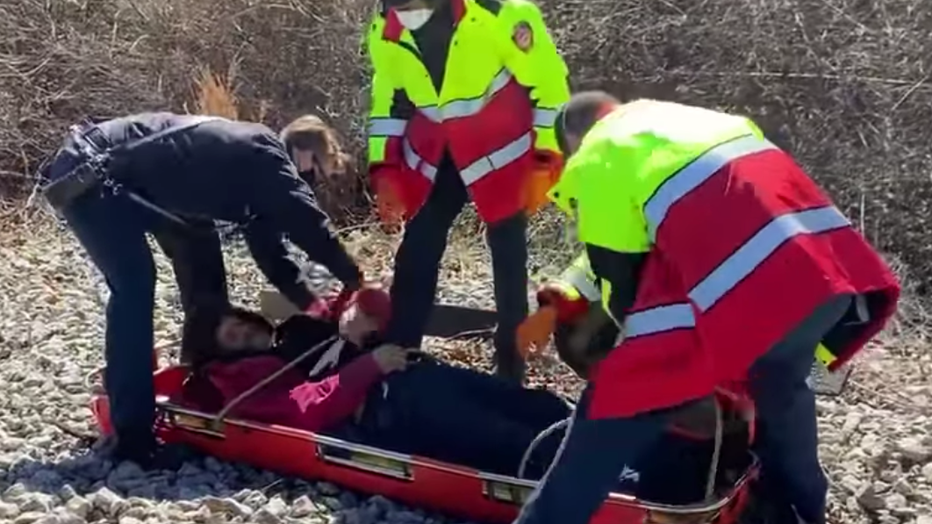 In a Facebook post, the Marietta Police Department shared a video showing Marietta Fire, Marietta police, and other responders take the man away safely.

According to police, the man was taken to Kennestone hospital, where he received treatment.