PHOENIX - As news spread of Queen Elizabeth II's passing, people in Arizona, as well as people abroad, are reacting to news of the longtime monarch's death.

Queen Elizabeth II, who reigned as monarch of the United Kingdom and a number of other countries around the world, passed away on the afternoon (local time) of Sept. 8, 2022, at the age of 96.

As for the British monarchy, The now-former Prince of Wales will take over the throne as King Charles III, and his current wife, Camilla, will become queen, albeit without sovereign powers.

Read More: Then vs. now: What the world was like when Queen Elizabeth II was coronated in 1953

At the British pub George and Dragon in Phoenix, people expressed their sadness at the queen's passing.

"I'm still shocked, even though I shouldn't be," said Jacey Moore, who is also a British citizen. "I guess I just want to say thank you."

For some people, they found out about the death of Queen Elizabeth II while en route to Phoenix. According to some passengers at Sky Harbor Airport, their flight's pilot made a mid-air announcement about the Queen's death.

At the time of the announcement, Sangwell was 38,000 feet in the air, over Greenland.

"She's been the queen for such a long time, my entire life," said Sangwell. "It's really surreal."

"I did well up a bit. I got a bit teary. She's always been there my whole life," said Jay Clark. 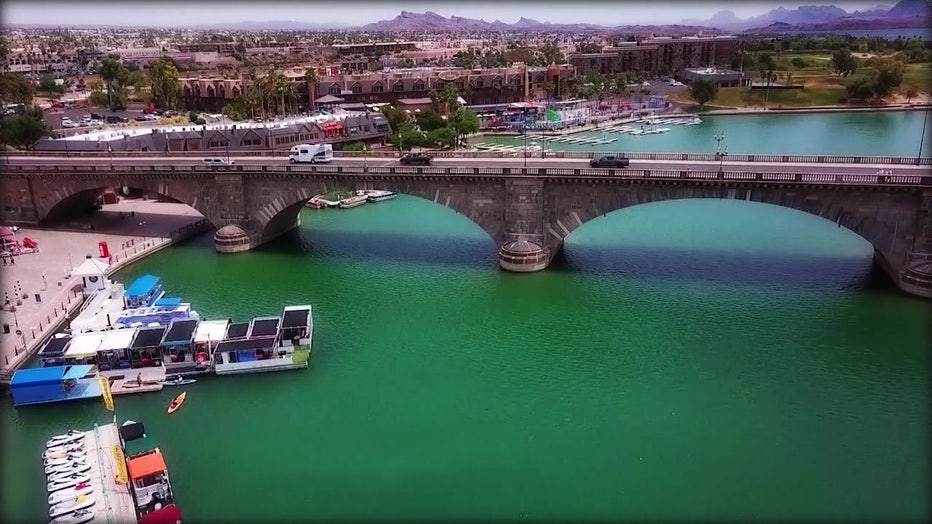 The London Bridge over Lake Havasu

In Lake Havasu City, the western Arizona city's famous London Bridge will be lit in purple in honor of the late queen.

"We have a huge connection here with the United Kingdom," said Terence Concannon, President of Go Lake Havasu. "We have a lot of visitors here from the UK on a regular basis, so we feel like we have a real connection with our friends over the seas."

The London Bridge in Lake Havasu City is actually from the capital of the United Kingdom. In 1967, investor Robert McCulloch brought the bridge, which was set to be dismantled, for $2.4 million.

"They dismantled the bridge piece by piece, numbered all the pieces, brought it over on pieces through the Panama Canal, and then installed it with all the pieces numbered so they could put it back in just the right way," said Concannon.

According to a 2018 article by the Associated Press, there was a rumor that McCulloch "bought the wrong bridge," with the rumors stating that the man initially set out to buy Tower Bridge.

"Do you think anyone in their right mind would look at Tower Bridge and think they could take it apart and bring it here?" McCulloch said, in a BBC documentary.

The idea behind buying the London Bridge was to draw people to lake Havasu, and the idea has worked.

"Come to see our beautiful lake and landscaping. We also have some people from England who walked on the bridge in London, and we honor them here when they visit here at Lake Havasu," said Concannon.

FOX 10's Stephanie Bennett, who is British and has family and friends in the United Kingdom, spoke with some of them to gauge how people are feeling about the queen's passing. 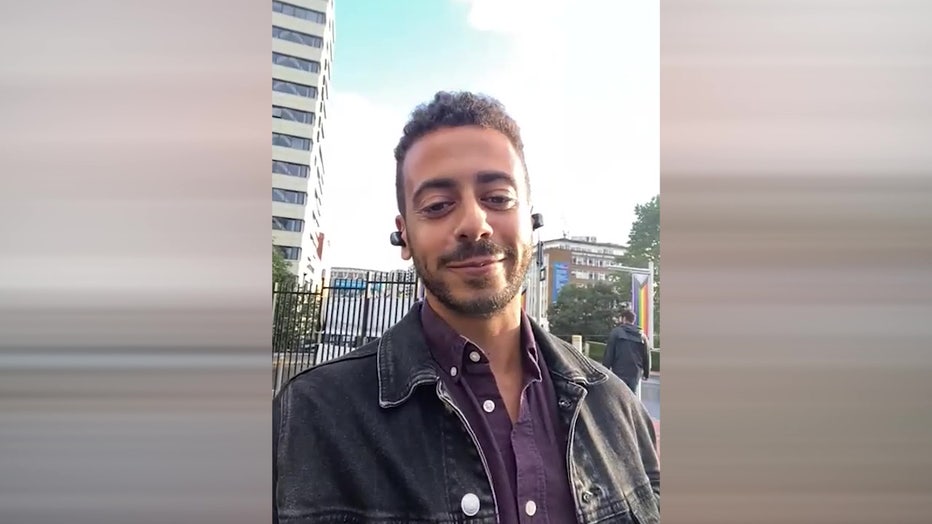 "The legacy itself is that of longevity," said Harley Baptiste from London.

"This is a really emotional time for the country," said royal journalist and commentator Josh Rom. "It’s still a complete shock when you hear it, because you don’t actually think it's ever coming. You always live in denial. This is something that we knew was going to happen eventually, but we didn’t realize how we would feel when it actually did."

"So it’s all unprecedented," said Roger Bennett. "Her legacy is beyond anything anybody else has done." 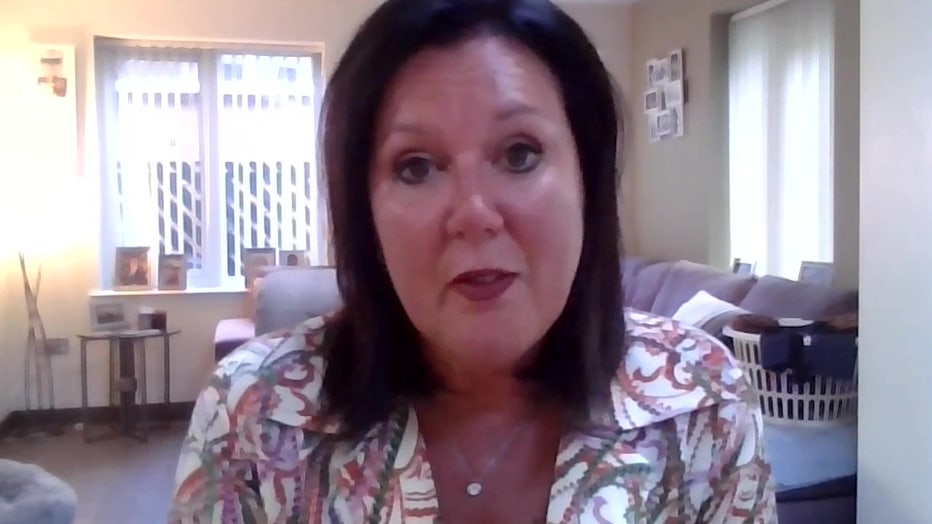 "It’s a really sad day," said Gail Mellors, a university lecturer in Derby. "Whether you are a royalist or not, you can't take anything away. She has served her nation."

In the UK, thousands have gathered outside Buckingham Palace in London to pay their respect. Across the country, events are being cancelled, and businesses are closing. Meanwhile, the country's radio stations are airing somber music, and electronic signs in some public places are showing images of the late monarch. 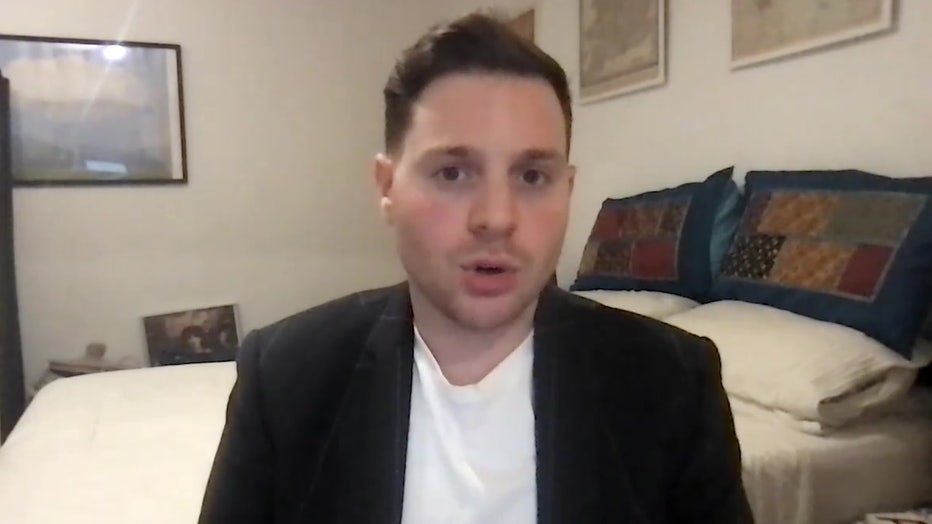 "You can tell London has gone absolutely silent," said Rom.

"She has been the ruling monarch all of my life and most of my parents' life, ruling for over 70 years," said Bennett. "I’ve never known the death of a king or a queen, never heard the words the queen is dead, long live the king, which is what is going to happen."

Read More: Death of Queen Elizabeth II: What could change in the months ahead as Charles becomes king