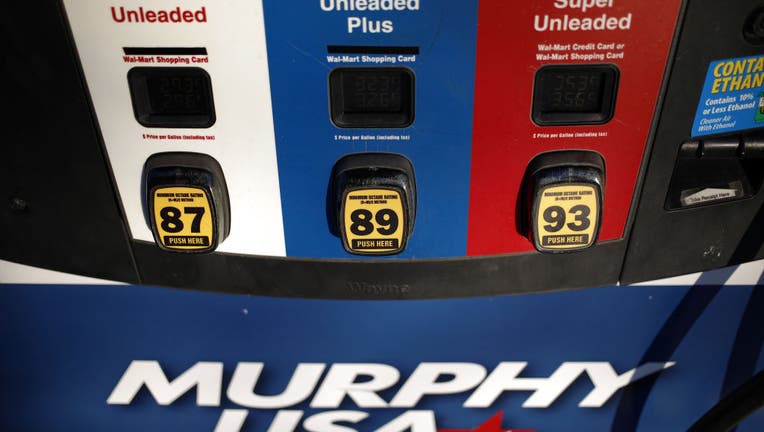 WASHINGTON - Two Democratic senators on Wednesday unveiled a proposal to temporarily suspend the federal gas tax in order to help blunt the financial pain of surging prices at the pump.

The Gas Prices Relief Act, introduced by Sens. Mark Kelly of Arizona and Maggie Hassan of New Hampshire, would eliminate the federal gas tax – which has remained at 18.4 cents per gallon since 1993 – for the remainder of the year. Although four other Democrats signed onto the bill, it still faces an uphill battle in the 50-50 Senate.

"People are feeling a real pinch on everyday goods, and we must do more to help address rising costs, particularly the price of gas," Hassan said in a statement. "We need to continue to think creatively about how we can find new ways to bring down costs, and this bill would do exactly that, making a tangible difference for workers and families."

The federal gas tax is used to pay for the Highway Trust Fund, which covers expenses like highway construction and public transit. The bill would require the Treasury Department to deposited general funds into the trust fund to make up for the lost tax revenue and to ensure the fund remains solvent. It could require further borrowing.

The bill also directs the Treasury Department to monitor the program in order to ensure that oil and gas companies pass along the savings to consumers.

"Arizonans are paying some of the highest prices for gas we have seen in years and it’s putting a strain on families who need to fill up the tank to get to work and school," Kelly said. "This bill will lower gas prices by suspending the federal gas tax through the end of the year to help Arizona families struggling with high costs for everything from gas to groceries."

A gallon of gas, on average, cost $3.46 nationwide on Wednesday, according to AAA – up from $2.46 a year ago. In California, gas prices are well over $4 per gallon. Prices are expected to climb higher as the country enters peak travel season and as heightened tensions between Russia and Ukraine threaten to further rattle the market.

For months, the prices of all kinds of energy – gasoline, diesel fuel, natural gas, oil and more – have been a major driver behind inflation, which surged 7% in December, the highest level since 1982. Energy costs have climbed more than 29% over the past year, in part due to lopsided supply and demand. Consumers are traveling more, but the supply side has not kept up with the demand.

The rising prices are eating away at the strong wage gains Americans saw last year and are hitting the lowest-income households the hardest. An analysis from the University of Pennsylvania's Penn Wharton Budget Model shows that higher energy prices cost the average American an additional $1,200 last year. The lowest-income households spent about 11% of total expenditures on energy in 2021, up from 8% in 2020.