WASHINGTON - The Justice Department's internal watchdog told Congress on Wednesday that he is concerned that “so many basic and fundamental errors" were made by the FBI as it investigated ties between the Trump campaign and Russia.

Inspector General Michael Horowitz's testimony before the Senate Judiciary Committee comes two days after the release of a report that identified significant problems with applications to receive and renew warrants to eavesdrop on a former Trump campaign aide in 2016 and 2017. Despite those problems, the report also found that the FBI's actions were not motivated by partisan bias and that the investigation was opened for a proper cause. 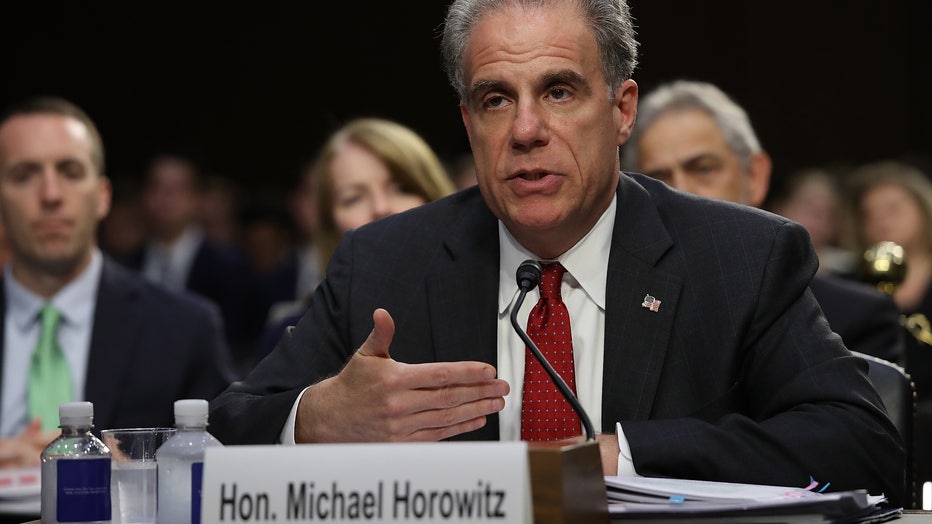 “I think the activities we found don’t vindicate anybody who touched" the warrant applications, Horowitz said.

The partisan responses to his report were on display from the outset of the hearing. The Democratic and Republican leaders of the committee highlighted the findings they found most favorable to the points they wanted to make.

Democrats have seized on the inspector general's conclusion that the investigation was not tainted by political motivations. But Republicans say the findings show the investigation was fatally flawed. Attorney General William Barr, a vocal defender of President Donald Trump, said the FBI investigation was based on a “bogus narrative" and he declined to rule out that agents may have acted in bad faith.

Horowitz told senators that the FBI failed to follow its own standards for accuracy and completeness when it sought a warrant from the secretive Foreign Intelligence Surveillance Court to monitor the communications of ex-campaign aide Carter Page.

The report detailed 17 errors and omissions during those wiretap applications, including failing to tell the court when questions about raised about the reliability of some of the information that it had presented to receive the warrants.

“We are deeply concerned that so many basic and fundamental errors were made by three separate, hand-picked investigative teams, on one of the most sensitive FBI investigations, after the matter had been briefed to the highest levels within the FBI," Horowitz said.

Those problems were especially alarming because the warrant to monitor Page “related so closely to an ongoing presidential campaign” and “even though those involved with the investigation knew that their actions were likely to be subjected to close scrutiny."

The committee chairman, GOP Sen. Lindsey Graham of South Carolina, echoed that sentiment in his opening statement. He said the code name for the FBI investigation, “Crossfire Hurricane," was an apt title “because that's what we ended up with — a ‘Crossfire Hurricane.'"

“What happened here is the system failed. People in the highest levels of government took the law into their own hands," said Graham, a close Trump ally.

Sen. Dianne Feinstein of California, the top Democrat on the committee, said, “I believe strongly that it's time to move on from the false claims of political bias."

Horowitz's opening statement was overwhelmingly critical of the investigation, focusing more on the flaws that his report identified than his finding about the absence of partisan bias.

Besides the errors in the warrant application process, he pointedly noted that the FBI had not consulted with the Justice Department before using informants to interact with Trump campaign aides during the investigation, though he also said no policy required it to do so.

“We therefore believe that current Department and FBI policies are not sufficient to ensure appropriate oversight and accountability when such operations potentially implicate sensitive, constitutionally protected activity, and that requiring Department consultation, at a minimum, would be appropriate," Horowitz said.