Domestic violence incident leads to pursuit involving children in Mesa on US-60: PD

MESA, Ariz. - A domestic-violence suspect is in custody after police say he led authorities on a reckless pursuit through the Phoenix area Saturday night with two small children inside the car.

According to Mesa Police, officers responded to reports of a domestic-violence situation just after 8 p.m. on Oct. 30 near Mesa High School after a woman said her boyfriend assaulted her and left the area with her kids in a car.

"The girlfriend told Police that prior to calling Police, the defendant struck her several times in the face with a closed fist and choked her, restricting her breathing while she was driving on the roadway with two small children seated in the back of the vehicle," police said in a statement.

The suspect, identified as 30-year-old Luis Enrique Fernandez, allegedly told his girlfriend "that he was going to choke her until she was unconscious and she would never see the kids again." 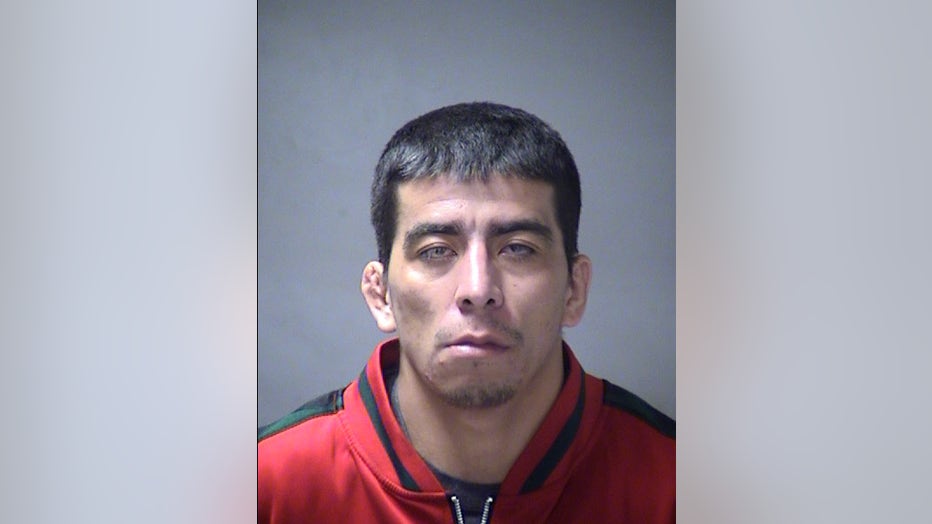 The victim stopped the car and Fernandez pushed her into the passenger seat and continued driving.

"He eventually stopped and she tried to escape with her cellular phone, but he grabbed her by the hair and pulled her back inside the car," police said.

Fernandez later dropped off the victim and tried to remove her clothes, saying "she could walk home naked."

Officers then located Fernandez who had two small children inside the vehicle with him.

Fernandez fled from police, leading authorities on a pursuit through multiple cities in the Valley, before driving back towards Mesa.

During the pursuit, Fernandez allegedly rammed other vehicles and caused several accidents. Fernandez eventually drove back towards Mesa where he was taken into custody.

"The defendant continued to be uncooperative and his window had to be broken out and he was physically pulled out of the driver's side window and taken into custody," police said.

The two children who were inside the vehicle were not hurt but were taken to a hospital as a precaution.

Once in custody, officers conducted a DUI investigation on Fernandez and "determined the defendant was driving under the influence of drugs and/or alcohol with two small children inside the vehicle.

"The defendant asked if the children were ok and asked me to express his remorse to his girlfriend," police said. "He also admitted he placed the children's lives in danger because of his reckless driving.

The area of the highway near Priest Drive was closed, but has since reopened, the Arizona Department of Transportation said.