Students at a West Valley school gathered Saturday to remember a student who was taken too soon, the victim of a bus crash on Friday. FOX 10's Justin Lum reports.

GOODYEAR, Ariz. - Dozens gathered on Saturday to remember a 12-year-old boy who died after he was hit by a school bus in Goodyear.

On Saturday, FOX 10 has learned that the child's first name is Peyton.

At the corner where the collision happened, flowers and candles were left by others. 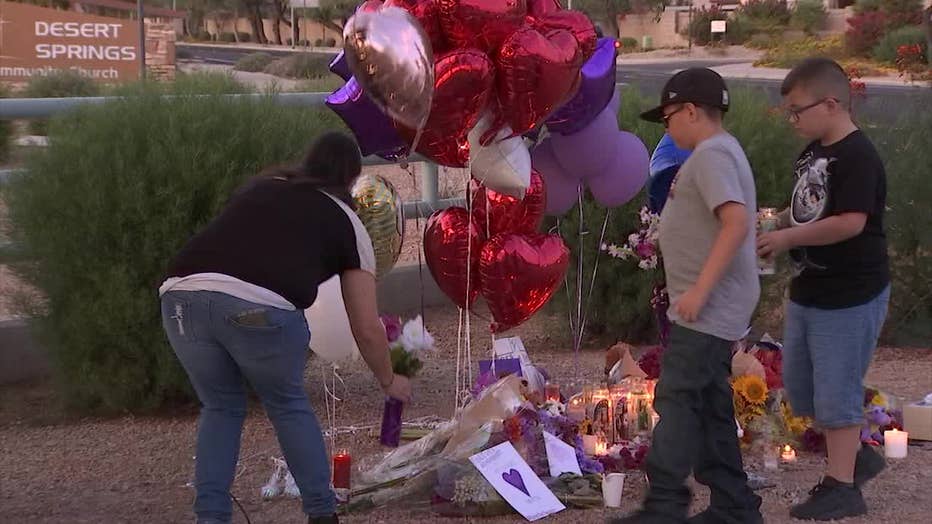 "I saw a body laying on the ground, and a skateboard underneath the bus," said Deanna Pearson, who pulled over moments after a school bus hit the 12-year-old. Pearson witnessed tragedy as she held Peyton's crying mother in her arms. 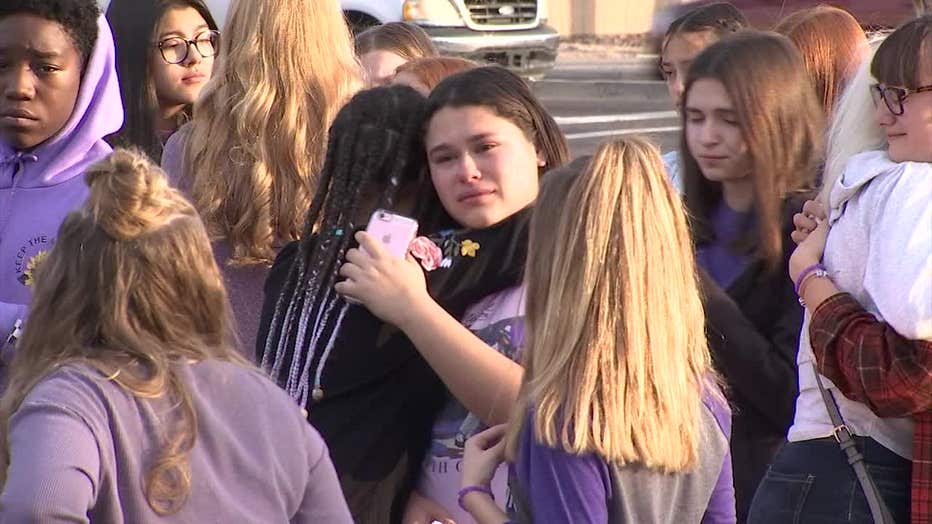 Jayden Garbrera, who called Peyton a friend, said he watched the aftermath from the bus behind the one that hit Peyton in the crosswalk.

"Everyone was freaking out," Jayden recounted. "The bus driver was telling us to stay calm, and everybody said that they know him. His name is Peyton, and I recognized that that's Peyton."

Many said Peyton came to Western Sky as a new student this year. Only three months later, and he's being remembered for his outgoing and kind spirit.

Meanwhile, his peers now coping the best they can.

"How do you wake up one day and, like, you know you're gonna die that day?" said Hayden Potter. "Just thinking about that hurts. It's changed me."