PHOENIX - Police have arrested a woman in connection to a hit-and-run on Monday in Phoenix that left a motorcycle officer with serious injuries.

The crash happened at about 12:30 a.m. near 26th Avenue and Bethany Home Road, the police department.

"A Phoenix Police motorcycle officer was traveling east on Bethany Home Road when a dark colored minivan turned left in front of him on 26th Avenue, colliding with him," said Sgt. Ann Justus.

After the crash, the driver did not stop and left the scene.

The officer suffered a broken leg and ankle that required immediate surgery.

The officer has been identified as 16-year veteran, Adam O'connor, assigned to the traffic bureau.

On Dec. 28, police announced 52-year-old Elizabeth Eaton was arrested in connection to the crash after officers found her vehicle, a 2016 Dodge Journey, parked in her backyard near 19th Avenue and Camelback Road.

"The vehicle had damage matching the collision and other damage seen in the video surveillance footage," police said in a statement.

She was booked into jail and is accused of leaving the scene of a serious injury collision.

Eaton make her first court appearance Tuesday where she asked a judge about the officer's condition.

"Your honor? Can you tell me if the officer is OK?' she asked.

Eaton is due back in court on Jan. 4. 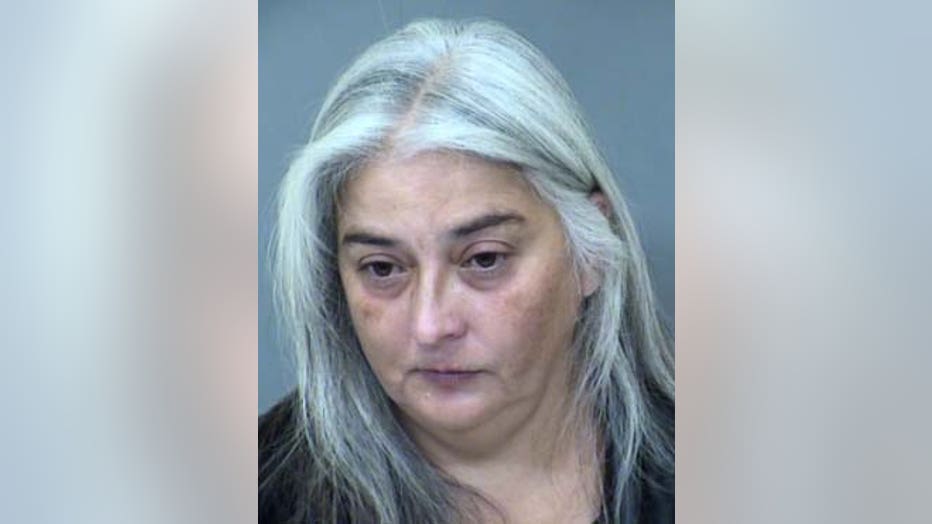 'I just couldn’t believe my eyes'

Chilo Chacon owns a restaurant called The Lunch Box, and his cameras caught the incident.

"It was a pretty big impact," Chacon said. "I hope he does well and recovers fast."

He couldn't believe what happened, saying, "I just couldn’t believe my eyes. It happened right in front of my business. He just cut him off."

Chacon adds, "That’s something you don’t do. You stop and help, that is a must."

He says an ambulance arrived on the scene about a minute after the crash and that the officer was alert and talking.

"Our prayers go out to the officer, I hope he gets well. Just be careful out there," Chacon said.

Police are searching for a driver after a motorcycle officer was hit by a vehicle early Monday morning in Phoenix, the department said.