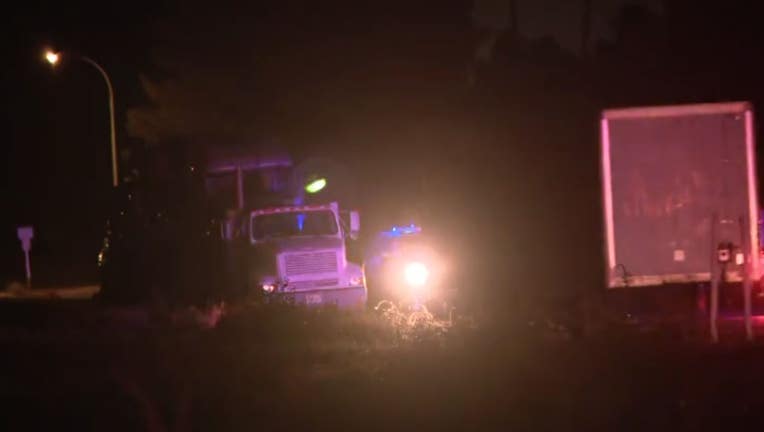 The scene of a deadly crash investigation in Laveen

LAVEEN, Ariz. - A man has died after he crashed into a parked semi-truck in Laveen, according to the Maricopa County Sheriff's Office.

Deputies say the collision was reported just after 8:45 p.m. on Aug. 6 near 67th Avenue and Baseline.

When first responders arrived, they discovered the car had hit the trailer of the semi. The driver, who was not named, died at the scene.

It is unknown if speed or impairment was a factor in the crash.