US health officials believe 20M Americans have had virus

The new estimate is based on CDC studies of blood samples collected nationwide.

LANCASTER, Pa - A presidential campaign that has largely been frozen for several months because of the coronavirus took on a degree of normalcy on Thursday when President Donald Trump and Democratic challenger Joe Biden swung through critical battleground states presenting starkly different visions for a post-pandemic America.

Touring a shipyard in Marinette, Wisconsin, Trump insisted the economy is “coming back at a level nobody ever imagined possible.” But in Lancaster, Pennsylvania, Biden warned that “no miracles are coming" and slammed Trump's handling of the virus.

“Amazingly, he hasn’t grasped the most basic fact of this crisis: To fix the economy we have to get control over the virus,” Biden said. “He’s like a child who can’t believe this has happened to him. His whining and self-pity."

With just over four months remaining until the election, the contrasting styles of Trump and Biden are increasingly on display. The president is itching to move past an outbreak that has dashed the economy and killed more than 120,000 people. Biden, meanwhile, is seeking to present himself as a competent and calming leader ready to level with the nation about the hardships that may be required to emerge from the current turmoil.

Beyond knocking Trump's leadership, Biden spent much of Thursday defending the Obama administration’s signature health care law and decrying what he said was a White House-led effort to dismantle it via a court challenge. It was part of a larger Democratic effort to refocus the 2020 election on health care, an issue that helped the party retake the House last cycle and one it hopes will resonate with even more voters amid the pandemic.

Narrow 2016 victories in Wisconsin and Pennsylvania were vital in sending Trump to the White House. That he would build his travel around trying to do that again — and that Biden would respond with trips meant to flip the states back to Democratic — wouldn’t usually be a surprise. But the coronavirus has upended normal campaign travel since March.

After long campaigning virtually from his Delaware home, Biden has in recent weeks begun visiting Pennsylvania, allowing him to target a swing state without venturing far. Lancaster is about an hour and 15 minutes by car from Biden’s house, and yet it is the farthest he’s traveled lately, aside from a trip to Houston to meet with the family of George Floyd, whose death in police custody sparked protests around the nation.

Trump, by contrast, staged a rally in Tulsa, Oklahoma, last weekend and spoke at an Arizona megachurch on Tuesday. On Thursday, he visited a rural Wisconsin shipyard and taped a town hall to be broadcast by Fox News Channel from an airport in Green Bay. Vice President Mike Pence also hit another key state, Ohio.

Biden’s team has organized small events and enforced social distancing. Trump has refused to wear a mask in public, and his campaign says Biden is using a cautious approach to hide the fact that he can’t draw large, enthusiastic crowds.

“I know, as Americans, it’s not something we’re used to. But it matters,” Biden said of wearing a mask, noting he wears one “everywhere I go.”

Biden donned his mask while meeting in an outdoor courtyard with three mothers and two children who told of benefiting from the health care law. Beyond the police cordon, a group of Trump supporters could be heard chanting “four more years” and “USA.”

Biden's subsequent speech was behind a placard proclaiming “Protect and Build on the Affordable Care Act.” He scoffed at Trump's suggestion during last weekend's rally that he'd asked officials to slow down testing for the coronavirus because it was uncovering more cases.

Trump countered during his Wisconsin stop: "If we didn’t test, we wouldn’t have cases.”

Polls in Wisconsin and Pennsylvania show Biden ahead, but nearly every poll had Trump trailing in 2016 before his base came together in the final weeks of the campaign.

Trump predictably went maskless for an event at Fincantieri Marinette Marine shipyard that was outside. Hundreds attended, and some didn't wear masks, despite requirements to do so.

Trump toured vessels under construction, then took credit for a new contract won in April to build Navy frigates at the facility. Trump said it injected economic growth to the community and saved the plant from closure. 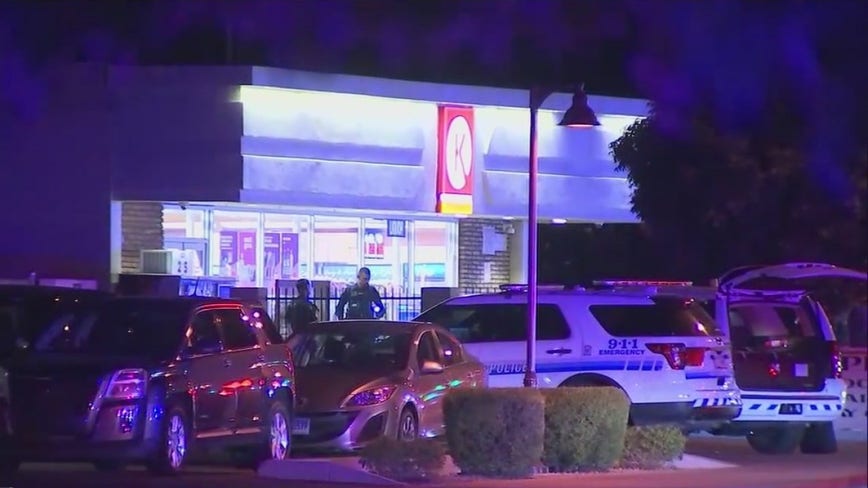