Evacuation notices were lifted May 14 for a Bisbee neighborhood that was threatened by a wildfire on the outskirts of the former mining town, county seat and modern-day tourist attraction in southeastern Arizona, officials said.

Residents were allowed to return home after ground crews supported by air tankers halted the fire that threatened approximately 30 structures in the Zacatecas Canyon area of Old Bisbee late Thursday.

There were no immediate reports of structure damage or injuries.

The fire was was estimated at 30 acres. Its cause was under investigation. 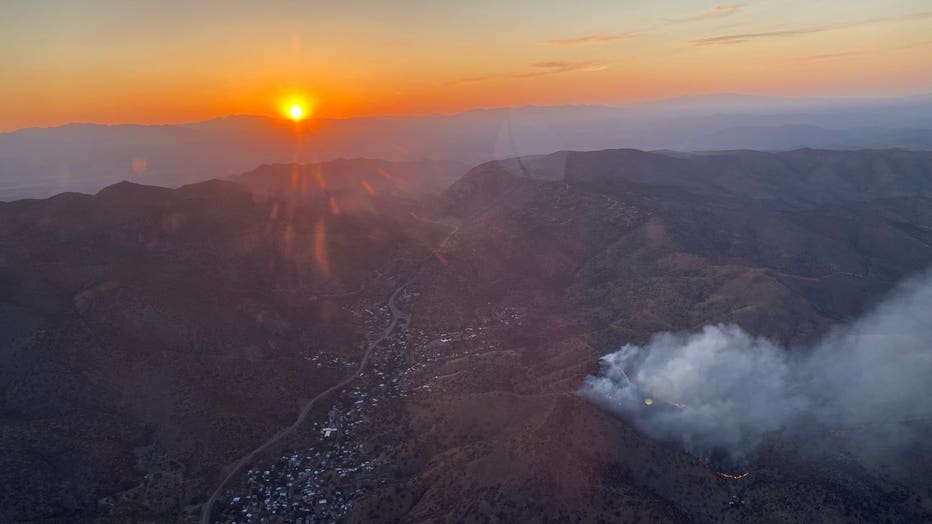 Elsewhere, crews supported by aircraft have contained the Tussock Fire in the sparsely populated southern Yavapai County around 71% of its perimeter and evacuation notices were lifted for homes in several areas, fire managers said in a statement.

While the evacuation notices were lifted for Fort Misery, Minihaha and Horse Thief Basin, residents of those areas and of the unincorporated community of Crown King should remain ready to evacuate, the fire managers’ statement said.

Recent moderate weather conditions have helped firefighters but winds and warmer temperatures expected over the weekend could create "critical fire weather conditions" with gusts that could carry embers beyond the current perimeter, the statement said.