PHOENIX - September 11th is Patriot Day and National Day of Service and Remembrance across America. Here in the Valley, there are several events being held in observation of 9/11.

For five days, thousands of flags can be seen across the grass at Tempe Beach Park in honor of the lives lost in the September 11, 2001 attacks. The memorial is called Tempe Healing Field. There are two ceremonies at the memorial on Wednesday, one in the morning and one in the evening starting at 7:00 p.m. All events are free and open to the public. 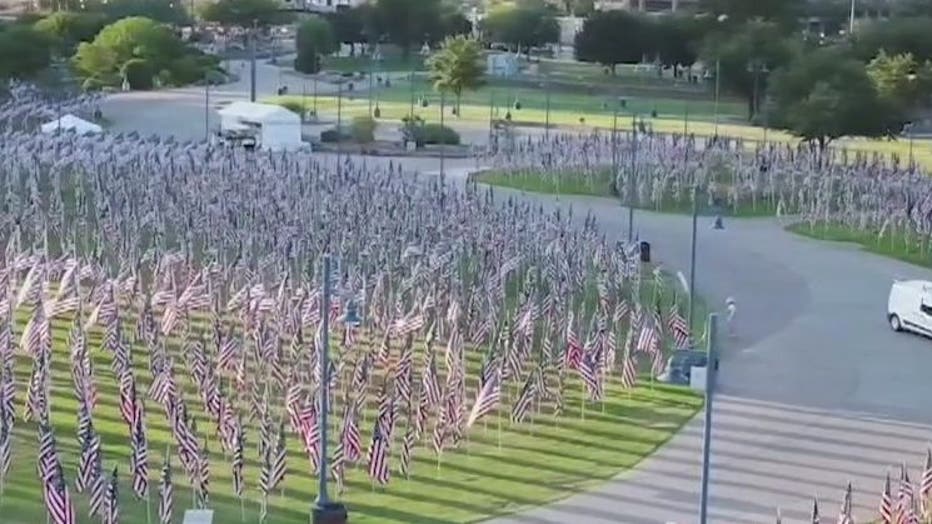 More than 1,200 volunteers will pack more than 300,000 meals for people in need Wednesday at the Phoenix Convention Center. Several groups are participating including the St. Mary's Food Bank. The event begins at 9:00 a.m.

The city of Phoenix will pay homage to the victims and rescuers of 9/11 in a traditional bell ceremony. Honor Guard members will come together to play 'Amazing Grace.' Speakers include Mayor Kate Gallego, Councilman Michael Nowakowski, Police Chief Jeri Williams, and Fire Chief Kara Kalkbrenner.

Join the 100 Club, local firefighters, and the Arizona Coyotes as they climb 110 floors at the Gila River Arena. Those 110 floors add up to 2,071 steps, the same number of steps inside each of the World Trade Center Towers. Firefighters from around the Valley will be climbing in full gear. The event starts at 8:00 a.m.

At the Hall of Fame Museum in Phoenix, there will be a reading of the names of each of the fallen firefighters and other emergency personnel who responded in the 9/11 attacks. Several former members of the New York City Fire Department will help read the names. This event starts at 11:00 a.m. and is open to the public.