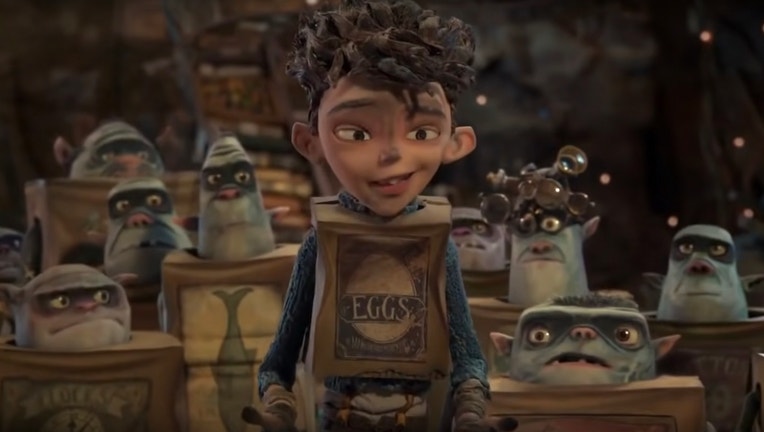 BROOKLYN, NY - In his new column "Screen Time," film critic Jesse Hassenger looks at some of the best and most interesting family-friendly titles streaming (for free!) on Tubi. First up: Laika’s "The Boxtrolls."

At one point in "The Boxtrolls," a film from the stop-motion animation studio Laika, 10-year-old Winnie (voiced by Elle Fanning) asks her new acquittance Eggs (Isaac Hempstead Wright) about his friends, the Boxtrolls. Legend has it that these sewer-dwelling trolls are quite fearsome. In reality, they wear cardboard boxes as clothes, steal bits of scrap metal in the night and are actually quite friendly, even merry. But Winnie doesn’t know that yet, and her hopes are high.

"Did they eat your family, and did they let you watch?" she asks eagerly. Eggs expresses confusion, and she hastily corrects herself: "I mean, make you watch." She attempts to return her mask of ladylike propriety, but it's clear where her obsessions lie.

Winnie’s fascination with the macabre — she’s heard about rivers of blood, and piles of bones from all the babies the Boxtrolls are said to eat — becomes both a funny running gag and a canny bit of characterization in this refreshing, underrated film. Though the movie is set in pre-cinematic Victorian times, Winnie is obviously a nascent horror fan; hopefully a copy of "Dracula" will find its way into her hands eventually. One of the many joys of this odd little film is the way its heroine does not approach from a position of either moral purity or pure incorrectness. She’s misinformed about the Boxtrolls, but brave in following her strange, perverse heart.

"The Boxtrolls" itself is not as gruesome as anything Winnie describes. The rivers of blood and piles of bones remain strictly a product of her imagination, and eventually she and Eggs team up to save the Boxtrolls. But the film does follow in the fine tradition of using stop-motion to animate a gnarlier world. Like "Corpse Bride," which Laika worked on for director Tim Burton, and "Coraline," which they produced themselves as their debut feature in 2009, it’s full of ornate designs, moody images and sometimes-dark humor. For adventurous kid viewers (and/or their weary parents) it’s a perfect antidote to the relentless chatter-boxing of so much American big-studio animation. The Boxtrolls, who jabber in their own English-adjacent nonsense language, even resemble less schticky, less meme-friendly versions of those ever-popular Minions.

WATCH FREE ON TUBI: "Coraline" — get the app

Though Laika hasn’t yet expanded to Pixar’s size or stature, they’ve maintained a track record reminiscent of the early days of that computer animation studio. Since 2009, Laika has put out five distinctive, beautifully crafted, critically acclaimed features: "Coraline," "ParaNorman," "The Boxtrolls," "Kubo and the Two Strings" and "Missing Link." In these days of massive entertainment conglomerates, they practically qualify as a boutique. And though four of their five movies were released by Focus Features, a division of Universal Pictures, itself a division of NBC-Universal, they aren’t anyone’s crown-jewel franchise, which means their films aren’t necessarily found on any of the major streaming services, especially those that seem most popular with families (Netflix and Disney+, in my informal survey).

But Laika’s first three films, including "The Boxtrolls," are currently available on Tubi — one of the free, ad-supported streaming services that may not have your Minions, your Elsas or your Paw Patrols, but can be an ideal (and inexpensive) avenue for more adventurous young movie-watchers.

WATCH FREE ON TUBI: "The Boxtrolls" — get the app

How adventurous your young movie-watcher actually is, of course, can be difficult to measure. Their readiness to graduate from short TV episodes to feature-length films, from talking animals to more complicated stories, from animation to live-action, can vary as wildly as kids’ clothing sizes. But Laika’s films, especially "The Boxtrolls," are good test balloons. If a kid enjoys the intimations of ghoulish horror here, as well as the less bouncy, ingratiating character designs, they might be ready for some of the softer works of Tim Burton. 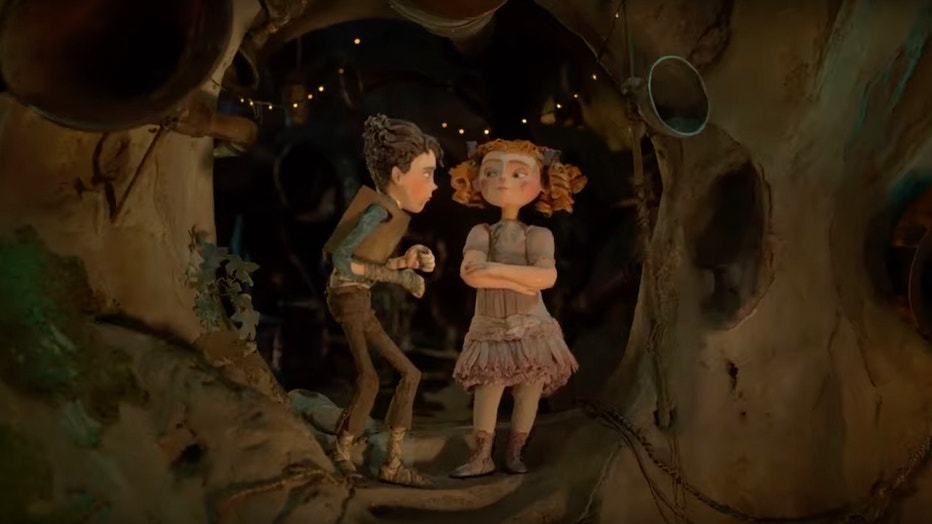 Even that ground can shift — or loop around. At two and change, my daughter delighted in the Boxtrolls’ antics, not really registering anything creepy or untoward about the characters’ descriptions of "rivers of blood" or eating the bones of babies. At four, we took another look, and she found the desperate, conniving villain, who gets himself appointed Boxtroll exterminator in a bid to join high society, too terrifying to finish the movie. Now she’s six (excuse me: six and a half), and has gone back to finding it untroubling — though she didn’t care for the gruesome depictions of the villain’s cheese allergy, which swells his features into grotesque proportions. ("He’s going to explode," she sagely predicted as he forced himself to swallow another piece of fancy cheese.) These scenes underline the ways that one viewer’s horror may be another’s gross-out comedy, or vice versa. It’s okay to laugh, or to recoil.

WATCH FREE ON TUBI: "ParaNorman" — get the app

The truly permissive character, though, is Winnie. Her fascination with horror and gore is played for laughs, yet she does ultimately channel it into healthy creativity, producing stage shows for a society that has blended respectable folks and grubby little Boxtrolls into a single, well-functioning populace. Given how many children’s films adhere to meaningless platitudes about being yourself and accomplishing your dreams, "The Boxtrolls" offers a different sort of encouragement about the pointlessness of contorting yourself to conform to some perceived prestige, even (or especially) if you’re a giant weirdo. Call it horror positivity.

You can find more kids and family entertainment — including "Coraline" and "ParaNorman" — streaming free on Tubi.