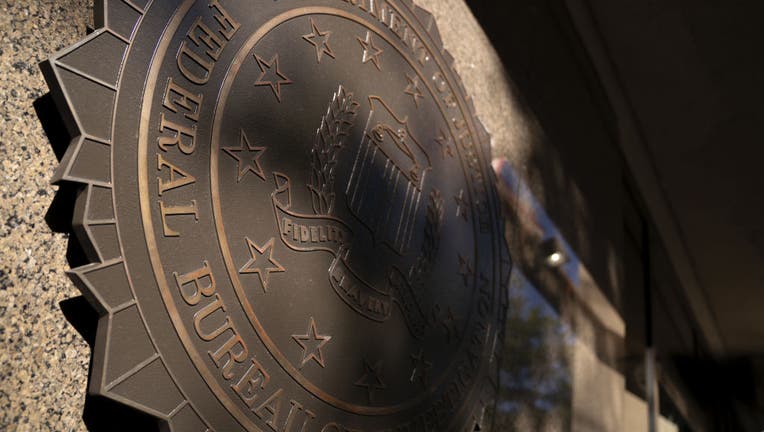 The Federal Bureau of Investigation (FBI) seal outside the headquarters in Washington, D.C., U.S., on Thursday, Oct. 8, 2020. Photographer: Stefani Reynolds/Bloomberg via Getty Images

WASHINGTON - More than 80 children were identified and located in a national sex trafficking ring this month in "Operation Cross Country," the FBI announced Monday.

The agency said the 84 minors were victims of child sex trafficking and child sexual exploitation and 37 of them were actively missing children. The average age of the victim was 15.5 years old with the youngest being 11, according to agents.

According to the U.S. Department of Justice, authorities identified or arrested 85 suspects accused of child sexual exploitation and human trafficking offenses.

"Human trafficking is among the most heinous crimes the FBI encounters," FBI Director Christopher Wray said in a news release. "Unfortunately, such crimes—against both adults and children—are far more common than most people realize. As we did in this operation, the FBI and our partners will continue to find and arrest traffickers, identify and help victims, and raise awareness of the exploitation our most vulnerable populations."

"The Justice Department is committed to doing everything in our power to combat the insidious crimes of human trafficking that devastate survivors and their families," Attorney General Merrick Garland added.

"The success of Operation Cross County reinforces what NCMEC sees every day. Children are being bought and sold for sex in communities across the country by traffickers, gangs and even family members," offered Michelle DeLaune, president and CEO of the National Center for Missing & Exploited Children.

The 2021 Federal Human Trafficking Report released in June showed that more than half of all trafficking victims in the U.S. were minors in federal prosecutions last year.

Of the nearly 450 human trafficking victims involved in new U.S. criminal cases in 2021, 57% were minors, according to the report from the Human Trafficking Institute (HTI).