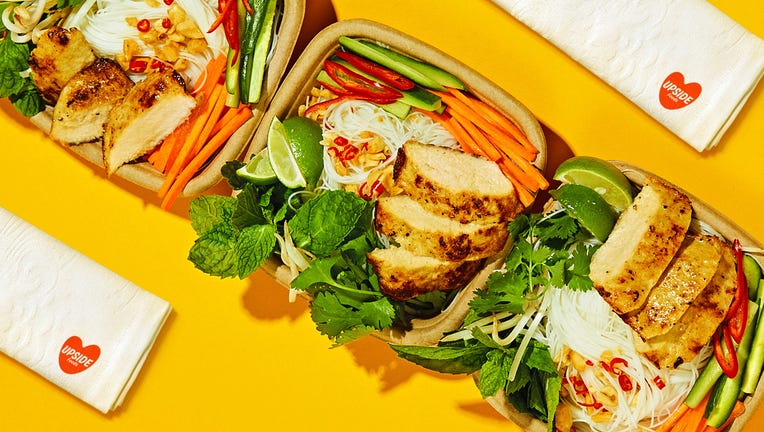 The U.S. Food and Drug Administration says a lab-grown chicken product made from real animal cells is safe for people to eat.

It’s the first time the agency has consulted with a company on lab-grown or "cultured" meat, and experts say it will open up a new industry in the U.S. that doesn’t harm or kill animals.

According to the FDA, California-based UPSIDE Foods plans to take living cells from chickens and grow the cells in a controlled environment to make "cultured animal cell food."

"After our careful evaluation of the data and information shared by the firm, we have no further questions at this time about the firm’s safety conclusion," the FDA said, but the company still has to meet several other FDA requirements before its product can enter the market.

"This is a watershed moment in the history of food," Dr. Uma Valeti, CEO and founder of UPSIDE Foods, said in a statement. "This milestone marks a major step towards a new era in meat production."

How is cultured meat made? 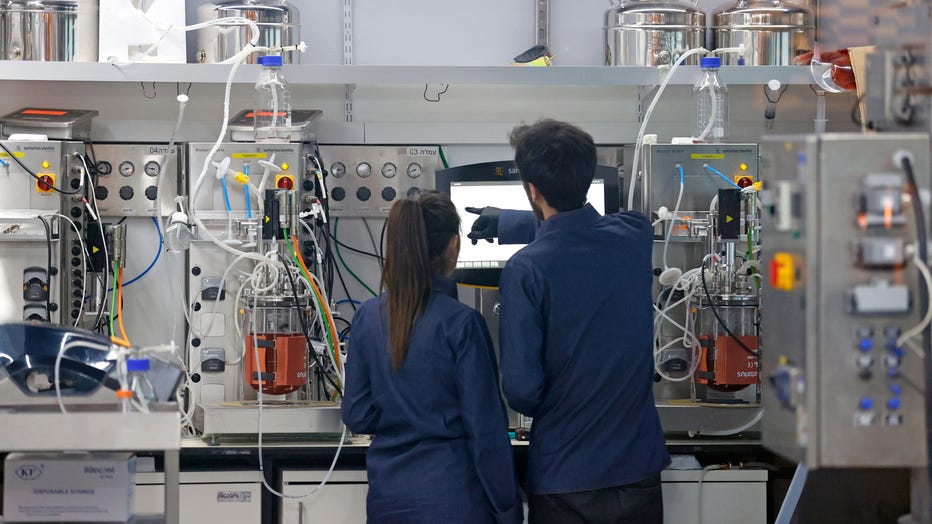 According to the FDA, the process for creating food from animal cells can be oversimplified into these four steps:

1. A sample of cells is taken from the tissue of an animal, which doesn’t harm or kill the animal. Some cells from the sample are selected, screened, and grown to make a "bank" of cells to store for later use.

2. From there, cells are taken from the cell bank and placed in a controlled environment that supports growth and cellular multiplication by supplying nutrients and other needs.

3. After the cells have multiplied into billions or trillions of cells, additional substances (like protein growth factors, new surfaces for cell attachment, additional nutrients) are added to enable the cells to assume characteristics of muscle, fat or connective tissue cells.

4. Once the cells have differentiated into the desired type, the cellular material can be harvested from the controlled environment and prepared using conventional food processing and packaging methods.

When will lab-grown meat be sold in the US?

Currently, the only country where you can legally buy cultured meat is Singapore, but with 151 cellular meat companies worldwide and $2.6 billion in investments, the race is on for the next country to approve the process. 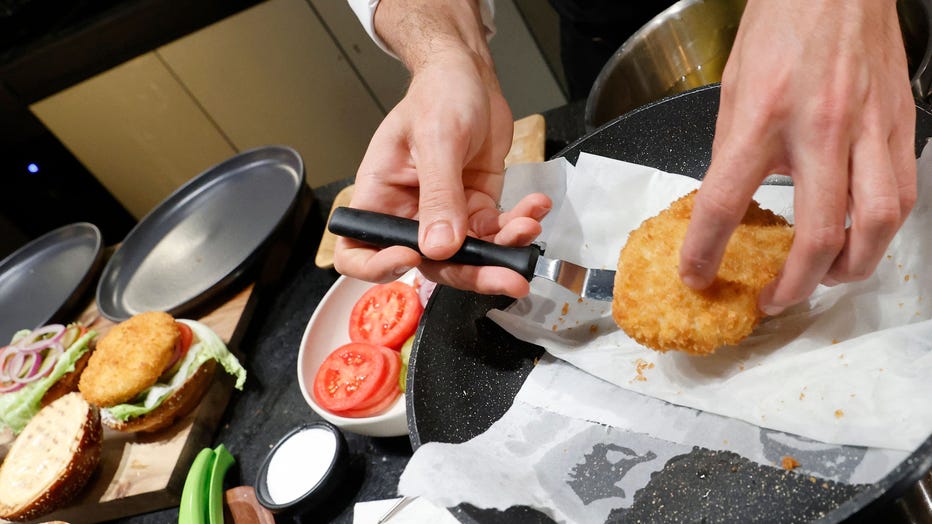 Manufacturers say it’s more environmentally friendly because it uses less water and land than farm-raised meat, and "because it’s made in a controlled environment subject to high standards of testing for safety and quality control, it has the potential to help reduce the risk of harmful bacterial contamination."

UPSIDE Foods, which also has produced cell-grown beef and duck, has attracted investments from food giants Cargill and Tyson Foods as well as billionaires Richard Branson and Bill Gates. Companies said they are working on ways to bring down the high costs associated with production.

A report released in 2019 by consulting firm A.T. Kearney predicts that by 2040, cultured meat will make up 35 percent of meat consumed worldwide, while plant-based alternatives will compose 25 percent.

Still, cell-based meat companies face resistance from U.S. livestock producers, who have been lobbying states to restrict the "meat" label to food products derived from slaughtered animals and have been raising questions about the safety and cost of cultured meat.