Amazon is revealing more about its plans for the new HQ2 headquarters in Arlington.

ARLINGTON, Va. - Amazon is revealing its designs for its upcoming "HQ2" facility in Arlington on Tuesday.

The online retail giant submitted its plans to the county government on Tuesday.

The space – which will rebrand Crystal City as National Landing – is expected to include 2.8 million square feet of office space in three buildings, as well as 2.5 acres of open public space and connected walkways. 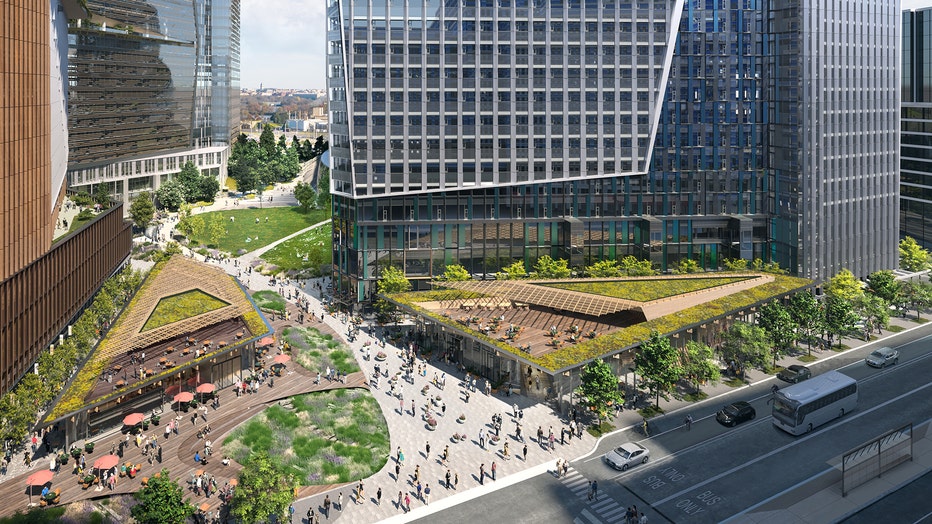 In addition, the facility will boast about 100,000 square feet of retail, and a 250-seat amphitheater.

Finally, they say the campus will run on 100% renewable energy from a solar farm in Pittsylvania County, Va.

The center piece of the campus, however, will be the so-called "Helix" – a spiraling structure that rises 22 stories, making it the tallest building on the site.

Sketches show trees and green space spiraling along the exterior of the building, which in addition to a helix also resembles a Christmas tree or a soft-serve ice cream cone. 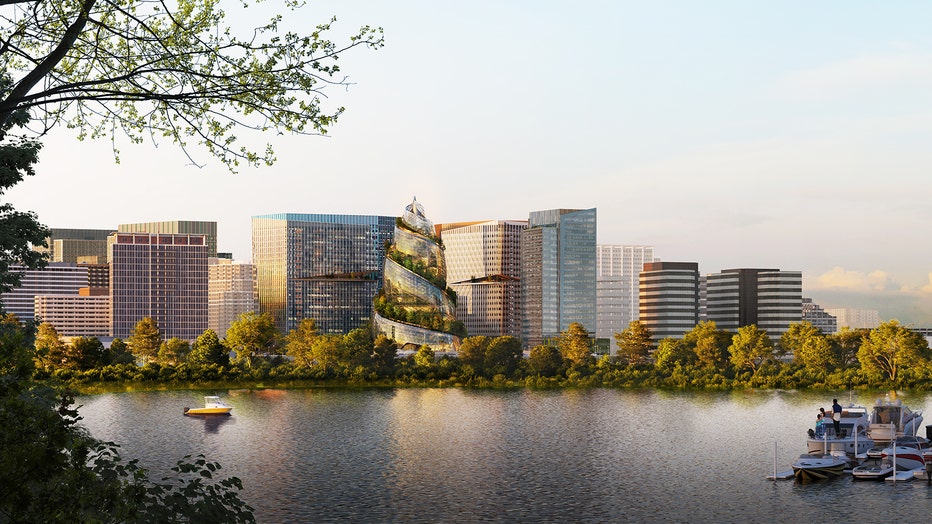 "It is a very unique structure. It’s filled with plants on the inside, and then this incredible walk that you can take as a hill climb," said Amazon Executive John Schoettler. 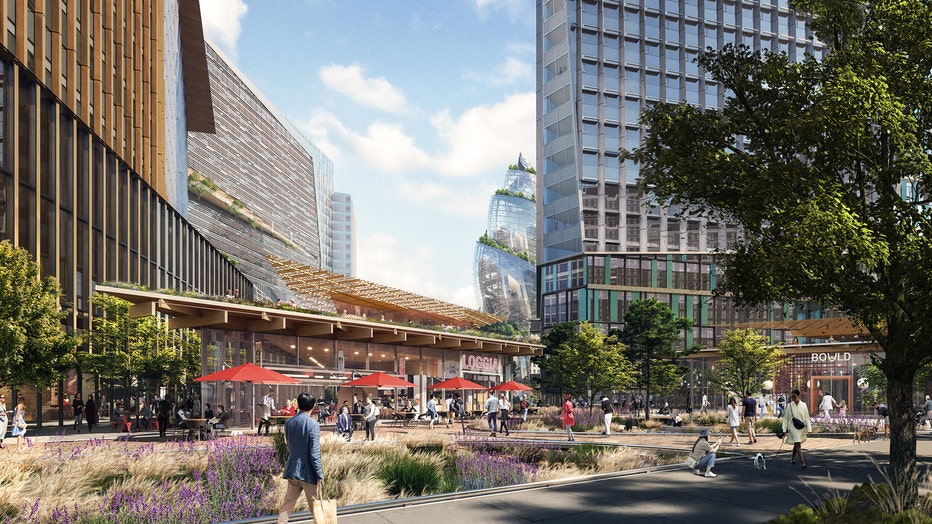 The spiral includes green space and its structure will enable people to hike near the peak, and then hike down. 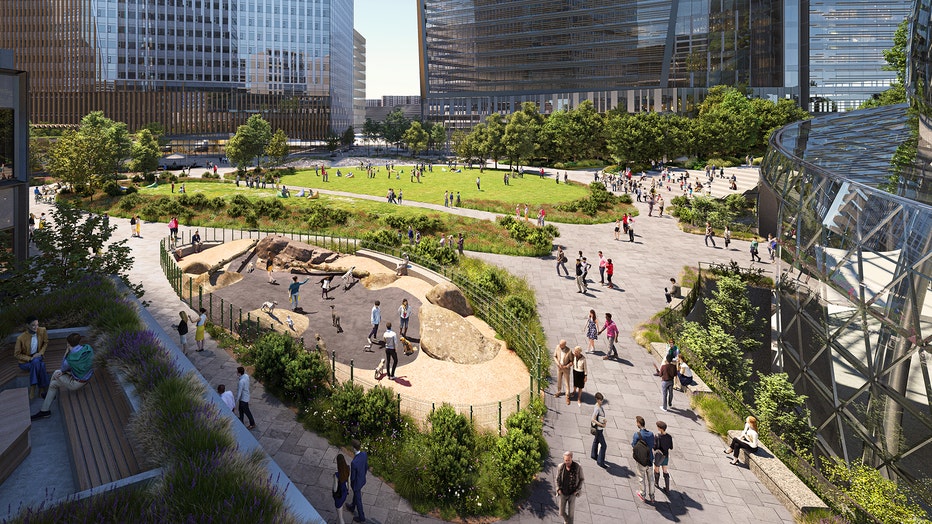 "So it’s a double helix," Schoettler said. "Nothing like it has ever been constructed before, or conceived of, and we’re super, super excited about it."

The Seattle-based company said in a blog post that the building is designed to help people connect to nature.

"The natural beauty of a double helix can be seen throughout our world, from the geometry of our own DNA to the elemental form of galaxies, weather patterns, pinecones, and seashells," the company said. "The Helix at our Arlington headquarters will offer a variety of alternative work environments for Amazon employees amidst lush gardens and flourishing trees native to the region."