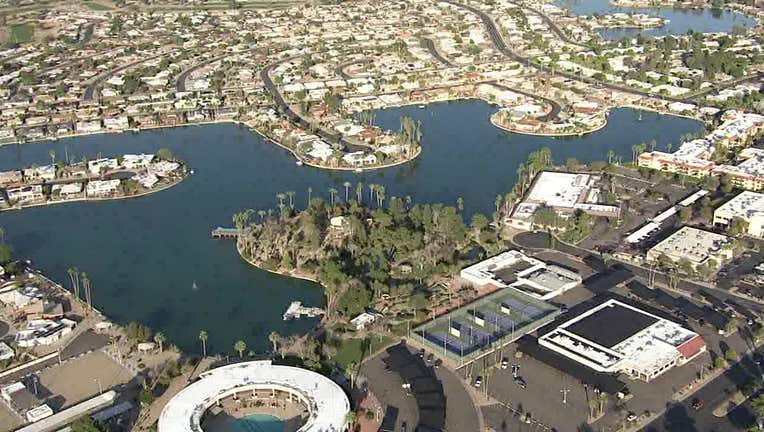 SUN CITY, Ariz. - Officials with the Sun City Fire and Medical Department say a body was found at a lake in the West Valley city Wednesday.

According to Fire Marshal Jim Fox, crews were called out to an area near Thunderbird Road and 99th Avenue for reports of a drowning at a lake in the area.

Fox said the body has been underwater for some time because it was found floating in the water. The person who died was identified as an adult male.

According to officials, the incident has been turned over to the Maricopa County Sheriff's Office.