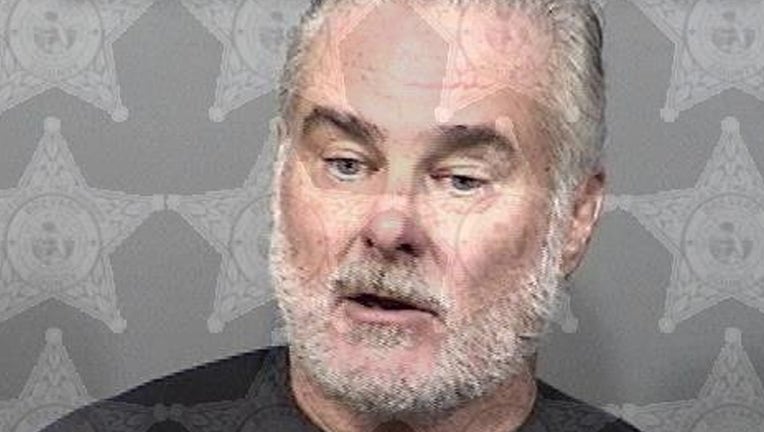 BREVARD COUNTY, Fla. (FOX 35 ORLANDO) - A Florida man was arrested after yelling obscenities at people in Brevard county, including that his turtle army would destroy them.

The arrest affidavit from the Indialantic Police Department said that 61-year-old Thomas Devaney Lane was disturbing the peace and yelling out obscenities along the Wave Crest Avenue Boardwalk on Sunday. He reportedly called himself 'the saint' and said that 'his turtle army will destroy them.'

Lane also reportedly said that 'they would all see what would happen in an hour.'

Police received at least seven calls about Lane's disturbing the peace at several different locations. Officers actually observed him doing so in front of the Starbucks, Surfanista Cafe, and Sassy Granny's Smoothies along the Wave Crest Avenue Boardwalk.

Police said that Lane eventually came to the lobby of the Indialantic Police Department and pounded on the walls and glass. He left before an officer could meet with him, but he was eventually found in the parking lot of the 7-Eleven on Fifth Avenue. He cursed at customers and the responding officer before calling 911.

Lane reportedly told the 911 operator over the phone that the responding officer 'needed to leave now or you will all be sorry you f----- with the saint.'

The arrest affidavit stated that Lane refused to leave his vehicle and was forced out. While doing so, Lane continued to yell obscenities and told other people passing by about how his turtle army would destroy us.

Lane is facing a 'Resisting Officer without Violence' and a 'Misuse 911 or E911 System' charge.