Amid the terror and chaos from September 11, 2001 were many stories of hope and heroism. FOX 10's Christina Carilla spoke with a former American Airlines captain on that fateful day 18 years ago.

PHOENIX - Amid the terror and chaos from September 11, 2001 were many stories of hope and heroism.

The small town of Gander in Canada's Newfoundland and Labrador province became a diversion site for planes in the air on the morning of 9/11. For five days, the people who live there housed the travelers, fed them, and provided some much-needed comfort.

On Wednesday, FOX 10 spoke with Beverley Bass, who is American Airlines' first female captain and was flying that morning.

"Well, I had left Paris, France that morning on my way to Dallas," said Bass, who has since retired from American Airlines. "So I was right over the middle of the North Atlantic, and we have a frequency that we have to monitor over international waters because we are out of radar contact. So, every pilot was listening to that frequency." 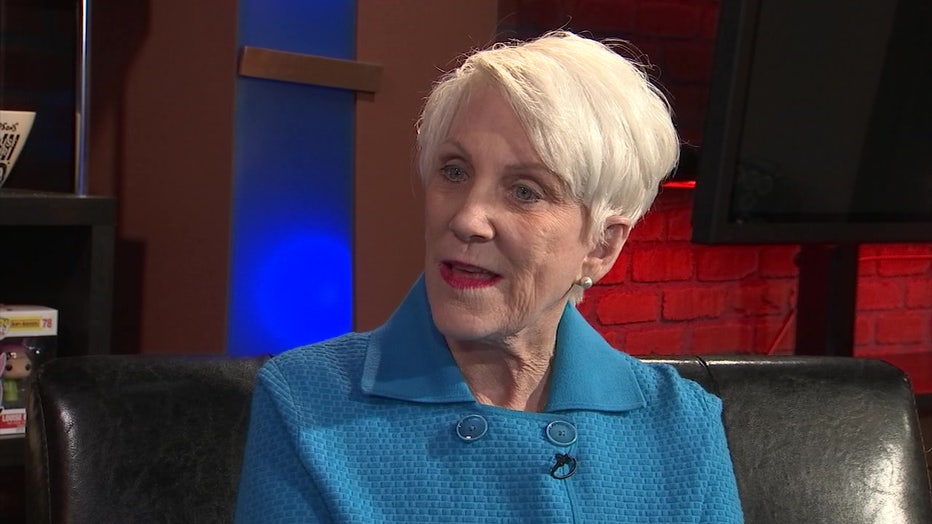 For Bass, it started out as a beautiful day for flying. Then she got the call that changed everything.

"And we were then advised that New York's airspace was closed, and then all of the U.S. airspace was closed," said Bass. "And then, about 20 minutes later, we get the second notice that the remaining tower has been hit, and with that came the word 'terrorism'. I couldn't even wrap my brain around what terrorism meant, because I thought that happened somewhere else, On the other side of the world. Not on U.S. soil."

Bass was asked what she told passengers onboard.

"Excellent question, because that was one of the hardest PAs that I've ever had to make in my 32-year career, and I had to be very careful about what I said," said Bass. "I said 'ladies and gentlemen, this is Captain Bass. There's been a crisis in the United States. All of the airspace is closed. We are going to be diverting to Gander, Newfoundland. When we get on the ground, I will give you more information.' And I landed at about 10:15 on the morning of September 11, and they came on the airplane and said 'you will not be getting off until tomorrow', so we were on the airplane for 28 hours."

38 widebody planes, packed with people. landed in Gander that day. Bass' plane was number 36. The unplanned influx of people more than doubled the population of the tiny town, but for five days, they made the stranded passengers feel like family, at a time when home seemed so far away.

"It's about all the wonderful things the generosity the kindness that was bestowed upon us, when our country was suffering the worst tragedy in American history," said Bass.

"Come From Away", a musical about the experience in Gander, opened on Broadway in 2017, and it will be coming to ASU Gammage in May 2020.