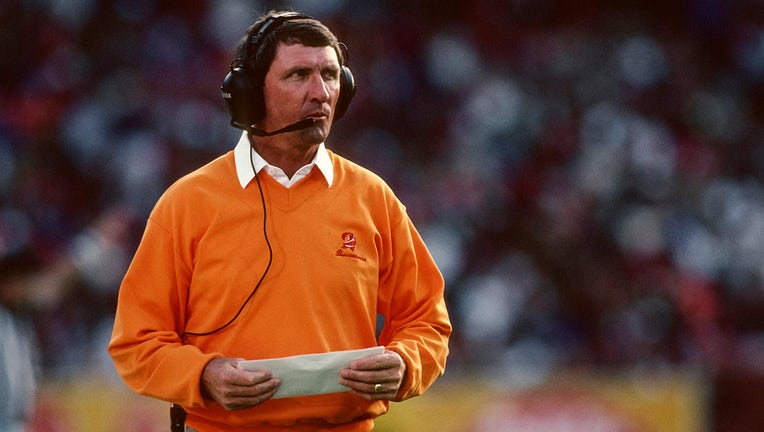 The 79-year-old passed away this morning at his home after suffering from heart issues, AL.com reports

Perkins played college football for legendary coach Paul ‘Bear’ Bryant at Alabama and then won a Super Bowl with the Baltimore Colts. He moved onto coaching, working as an assistant with the Patriots and Chargers before taking the head coaching job with the New York Giants.

Perkins later succeeded his former coach at Alabama when Bryant retired in 1983. But the Tampa Bay Buccaneers lured him back to the NFL as a head coach in 1987 to replace Leeman Bennett.

The Bucs drafted Vinny Testaverde in 1987 with the first overall pick. But in four years with the team, Perkins went 19 and 41 before being let go by then-owner Hugh Culverhouse.

During his time in the league, he helped started the careers of future NFL head coaches Bill Parcells, Bill Belichick, and Romeo Crennel by hiring them as assistants.