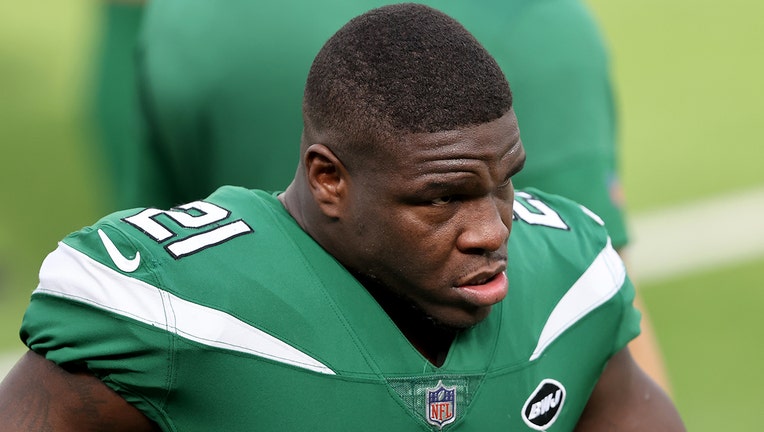 Frank Gore of the New York Jets prior to a game against the Los Angeles Rams at SoFi Stadium in Inglewood, California, on Dec. 20, 2020. (Photo by Sean M. Haffey/Getty Images)

Citing court documents, TMZ reported that Gore dragged a naked woman by her hair across a hallway on the 59th floor of the Tropicana Casino's Havana Tower on July 31.

Officers responded to the hotel at 8:11 a.m. to investigate a "report of a domestic violence dispute," Atlantic City police said in a release. Cops arrived to find a 28-year-old woman from Miami, Florida, speaking with hotel security, police said.

"The victim did not exhibit signs of injury and complaints were not filed at the time," police said. "However, an ensuing investigation resulted in Franklin Gore being charged with simple assault related to the domestic violence incident."

Police issued Gore, 39, a summons to appear in court on a future date. He hasn't publicly commented on the charge yet.

Anyone who witnessed what happened or has any information can contact the police department's Criminal Investigations Section at 609-347-5766.

After playing 10 seasons in the NFL, finishing his career with the New York Jets, Gore took up pro boxing.