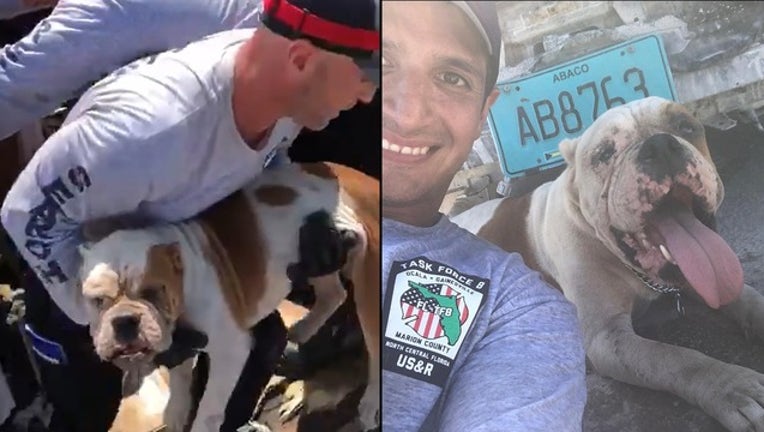 GAINESVILLE, Fla. - A dog that was trapped underneath debris in the Bahamas after Hurricane Dorian devastated the island nation has been rescued thanks to a group of Florida firefighters.

Gainesville Fire Rescue posted  a video to their Facebook page of the crew lifting the trapped pooch out of the rubble in Central Abaco.

The firefighters are seen lifting up a collapsed wall where the dog had been trapped for an unknown amount of time. 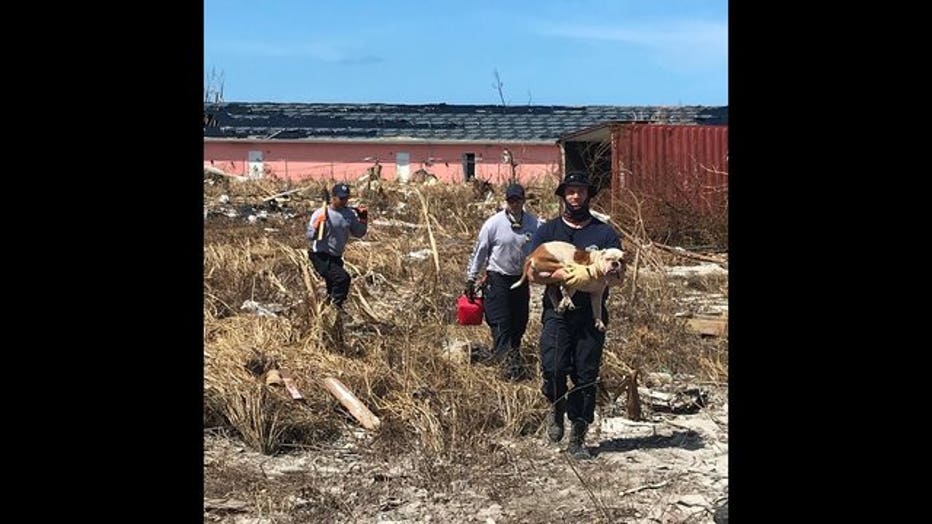 Minutes later, another firefighter emerges from under the debris with the dog in his arms. The pooch appeared to be very grateful to be rescued as it wagged its tail while being carried to safety. 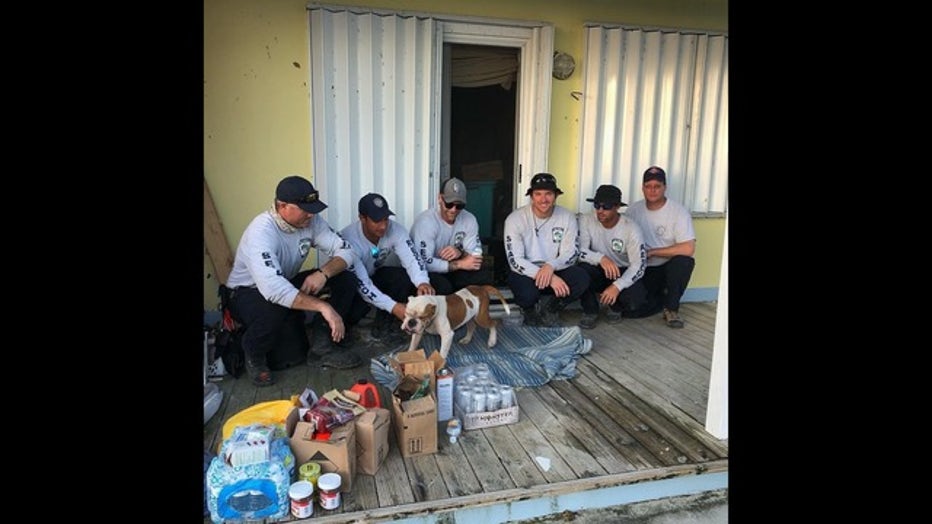 The lucky dog was handed over to the International Fund for Animal Welfare, but Fire Rescue said one of their firefighters is currently trying to adopt the pup and get bring it back to Florida.