Police are still searching for the people who vandalized statues of George Floyd in Brooklyn and Newark.

NEW YORK - Less than a week after its installation, a statue of George Floyd in Brooklyn was targeted by vandals.

Officials say the 6-foot sculpture located at Flatbush Junction was defaced with white nationalist graffiti Thursday morning.  Surveillance video of the suspects released by police shows four men walking towards the statue. One of the men is seen shaking a can of spray paint.

The graffiti referred to a group designated as a white nationalist hate group by the SPLC that was formed in 2017 following the deadly Unite the Right rally in Charlottesville, Virginia.

The NYPD is searching for four men in the possible hate crime.  NY Gov. Andrew Cuomo ordered the NY State Police Hate Crimes Task Force to aid in the investigation. Patrol officers remained at the statue on Friday. 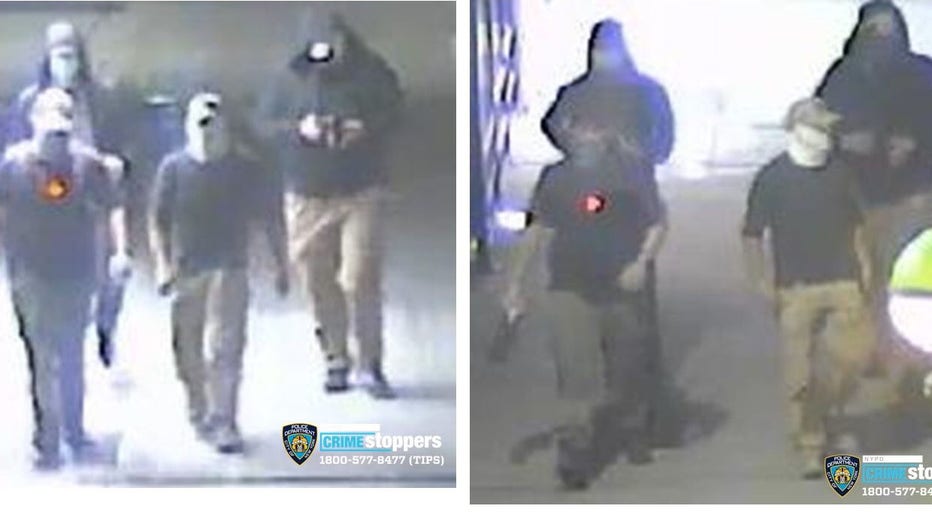 The NYPD wants to find the four men seen on surveillance video walking towards the statue of George Floyd that was defaced in Flatbush. (NYPD)

Confront Art, the group that installed the Floyd statue in Brooklyn in consultation with the Floyd family, had unveiled it during a Juneteenth celebration. The organization spent the day scrubbing the statue.

"We're cleaning it up and we're putting on a good face. The art is going to speak for itself," said Lindsay Eshelman, co-founder of Confront Art.

The statue will be moved to other neighborhoods as originally planned.

"We are taking this very seriously and we are devastated," added Eshelman. 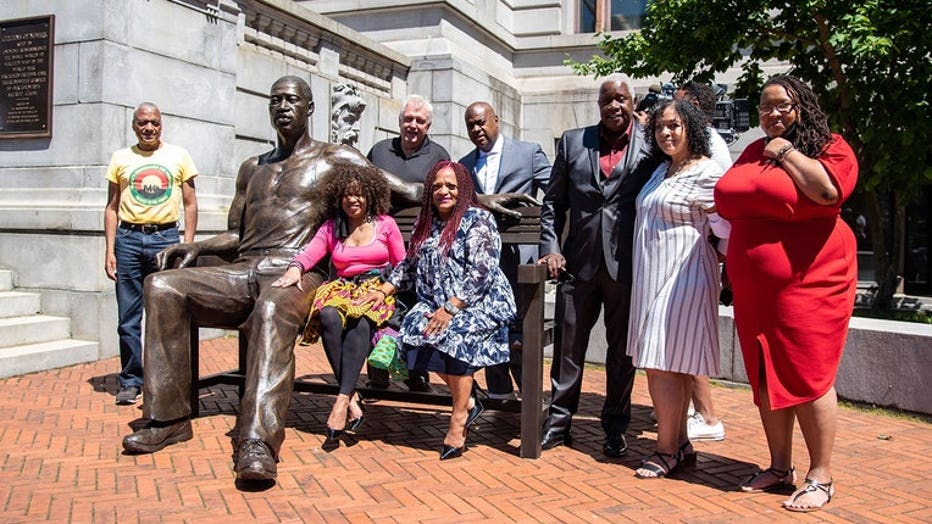 A 700-pound bronze statue of Floyd that was unveiled last week at Newark City Hall was also vandalized Thursday.  The face was painted black and the group's name was written in white on its torso.

The Department of Public Works removed the graffiti. An investigation was underway.

The vandalism occurred the day before the sentencing of former Minneapolis police officer Derek Chauvin who was convicted in the murder of George Floyd in May 2020.

The NYPD wants to find the four men seen on surveillance video walking towards the statue of George Floyd that was defaced in Flatbush. (NYPD)

RELATED: Derek Chauvin sentencing: Live video and what to expect