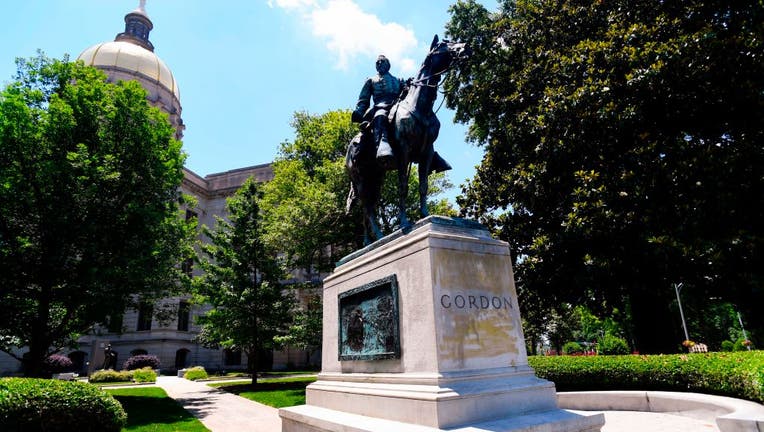 ATLANTA - A Georgia state lawmaker has filed a new bill that would ban Confederate monuments on public property.

Democratic state Rep. Shelly Hutchinson, who represents Snellville, has recently filed House Bill 1212, which would prohibit any monuments, markers, plaques, or memorabilia related to the Confederate States of America, slave owners, or anyone advocating for slavery on any public property in the state.

The bill, which is co-sponsored by five other state representatives, would also remove any provisions related to Confederate History and Heritage Month, which has been observed in Georgia since 1995.

“Right now, this nation and this state are experiencing a long overdue demand for racial justice. There have been peaceful protests all across America - including dozens in Georgia - opening many people’s eyes to the injustices that African Americans have experienced at the hands of our own government," Hutchinson said in a statement. "At many of these peaceful marches and rallies, advocates of racial equality stand in the shadows of statues glorifying the Confederacy and those who fought for slavery."

A new bill would ban all Confederate monuments from public lands in Georgia.

The bill does make an exception for any markers in museums or Civil War battlefields, but it removes the designation of Stone Mountain as a Confederate memorial.

"I would be okay if they just sandblasted if off," said Rep. Hutchinson of the carving on the face of Stone Mountain.  "Stone Mountain in and of itself is someplace to visit and it's a nice park and I'd love to bring my kids there and I do not go there because of it.  It's not something that you can ignore.  You drive past and you see it from your car."

The proposed bill comes after other Georgia Democratic leadership called on Gov. Brian Kemp to remove a statue of John B. Gordon, a Confederate general, Georgia governor, and senator who is believed to have been the head of the Ku Klux Klan in the state after the Civil War.

Kemp had previously made it harder to relocate Confederate monuments by signing a bill in 2019 which would fine those convicted of vandalizing monuments up to three times the cost of the damage, as well as legal fees and expenses for repairing or replacing the monument.

The legislation came about partly in response to failed proposals that would have allowed local governments to remove Confederate monuments after pressure intensified during protests in Charlottesville, Virginia over the planned removal of a statue of Confederate Gen. Robert E. Lee.

"Georgia has done a better job protecting these racist statues than it has protecting the lives of its citizens," Hutchinson said.

State Rep. Emory Dunahoo, R-Gillsville, however, said it is time for Georgia to look to the future, rather than the past.

"We have to never try to take away from history.  What we need to do is make sure we correct history," Rep. Dunahoo explained.  "So, we can't take away slave owners because that was basically Thomas Jefferson, George Washington - that was part of our history."

Statues and memorials to the Confederacy have been targeted across the South, prompted by the death of George Floyd in Minneapolis, protesters have also at times targeted Founding Fathers who were slaveholders.

The Associated Press contributed to the report.